Check out my stop on the blog tour for The Claires by C.L. Gaber! 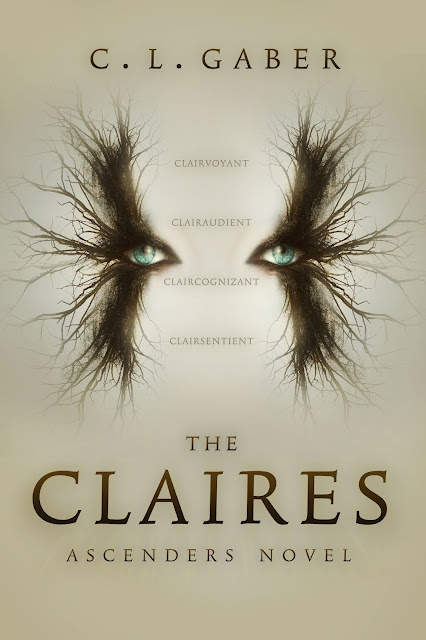 Author: C.L. Gaber
Title: The Claires
Genre: YA Fantasy/Romance
Release Date: January 14th 2020
Summary
Four beautiful girls. Quadruplets. They are not identical.But each is named Claire. Claire V is Clairvoyant—clear seeing with visions of the future.Claire S is Clairsentient—clear feeling as she embraces another’s pain.Claire A is Clairaudient—clear hearing to tap into the spirit world.Claire C is Claircognizant—clear knowing with 100% accuracy. Born in 1911, they first died together in 1928 at age seventeen. Two months later, they were reborn. And reborn. THE CLAIRES only live to seventeen and then they’re violently murdered. Somewhere in the world, a woman finds out she’s pregnant with quads. The Claires return to a new family as they try to break a curse that guarantees they die young. It’s current-day Los Angeles, and once again, their seventeenth birthday is looming. Can they save themselves, clean up the streets in the name of penance, and crash their own prom? The Claires is the first novel spin-off of the best-selling Ascenders Book Saga.

“Arms overhead, I shoot through the darkness, an excruciatingly fast descent to my ocean grave. Hands and feet flailing, I brace for impact as I fly back first through nothing but calm night air. Holding my breath, I squeeze my eyes shut until my entire face howls in pain.”

“But there is no water.

There is no death.

There are only a thump and then flesh as powerful arms catch me before even a drop of ocean mist slides across my bare skin.

He bandies those firm forearms around me, all but cradling me in his arms like a baby. His baby. I open my eyes in micro-millimeters. No, it isn’t possible because he defies the laws of science and physics. I look down and see two black boots hovering in the sky inches above the swirling torrent.

In that moment, he twirls a long finger and a fine mist sprays my face. The wet slap reassures me that no, C, no for the tenth time, this is not a damn hallucination.

I don’t know what he is or what he possesses. All I know is what he is not.

He is not of this earth.

We’ve run into each other several times, in several time periods, always at night, and mostly during the dreadful.

My protector is over six feet five, over two hundred pounds of muscle, and of some sort of mixed race. I once saw him shirtless and he was made of light-black skin covered in light green tats and deep scars.

Oh, but the best part was those almost-violet eyes, the color of plums, so unusual that he mostly covers them in the black vintage glasses of a scholar making him look like the geeked-out version of Superman.

No cape, however. He’s in his early twenties and wears a long black trench coat tonight and dark, tight jeans with silver chains on his belt. He’s not even damp because damp would make sense and, like I said, his body hovers a few inches above the sea, although he’s not attached to a board or boat.

He’s just floating, or standing on air. On his own volition. I ignore that for a moment to do another scan. Yes, he’s still that sturdy with a precise buzz cut revealing an almost bald head that makes him look animalistic and dangerous. 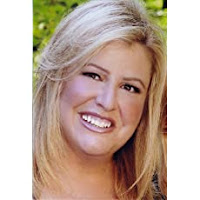 I’m C.L. Gaber, an author and film journalist for the New York Times Syndicate and Chicago Sun Times. I also co-authored Jex Malone series. Originally from Chicago, I make my home in Nevada with my husband, bonus daughter and two unruly dogs.

My husband knows that Ascenders began with me in bathroom half the night writing on tiny notepads because I didn’t want to wake him. When daylight did roll around, I told him, ”Baby, I had the most incredible dream”.
Website  Twitter  Facebook
GIVEAWAY
a Rafflecopter giveaway
Αναρτήθηκε από Anastasia Gkaitatzi στις 00:01