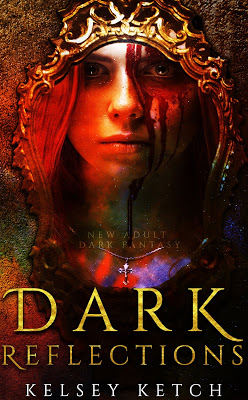 Being possessed by a vampire sucks!

Alana Jones’s world has been completely turned upside-down after being bitten by a vampire’s reflection in a cursed mirror. Now she’s forced to stay in an abandoned Victorian inn on an isolated island off the west coast of Florida, where Alana lives a double life: one as herself and one as a vicious murderer. Over the past year, she has spilt and drunk the blood of sixteen victims. The guilt of their deaths slowly eating away her sanity.