Author of the Month:Abbi Glines

Here we go! Our first author of the month for September is Abbi Glines. 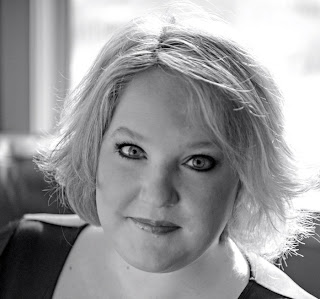 Choosing her as my first author was easy. On September 18th Ceaseless, the final book in the Existence Trilogy will be out and an end will finally be put to the mystery of Pagan’s soul. I’m pretty sure it will be an outstanding closure to the series. Here’s the book synopsis as posted on Goodreads.com:

Can he make her fall in love with him… again?

When Pagan Moore proved worthy of Death’s devotion, he was given the gift of getting to keep her. But Dank was never promised that Pagan would keep him. When a soul is created, so is its mate. In every lifetime those souls find each other. They complete the other’s destiny. It’s time for Pagan’s soul to choose if she truly wants an eternity at Death’s side or if she wants the mate created just for her.  Dank didn’t think he had to worry about her choice. He knew where her heart belonged. Until he realized that every kiss, every touch, every moment of their time together would be washed from her memories. He would have to win her heart all over again and prove to her soul that he was where she belonged.

Here’s a little something about Abbi:

Abbi Glines was born on April 16, 1977 in Birmingham, Alabama. She lives with her family in Alabama. Her debut novel was Breathe, the first book in the Sea Breeze series. Then came The Vincent Boys in October 2011 and the year ended with the December publication of Existence. 2012 is a busy year for her. In February the second book to the Sea Breeze series, Because Of Low, was out. Predestined, the sequel to the Existence trilogy came along in March, then the second and last book in the Vincent Boys series was out in June and finally book 3 in the Sea Breeze series, While It Lasts on the last day of July. Now we wait for Ceaseless on September 18th and Just for Now, Sea Breeze book number 4 in November. In 2013 we expect another book or two in the Sea Breeze series and a novel called Options. Let’s don’t forget about her novella about Leif, a character in the Existence series. For those who get a digital copy of the ebook,  a free download for Dank Walker (AKA Death) newest song – Closer will be waiting for them.  The song is amazing by the way! J