Blog Tour: If You Wrong Us by Dawn Klehr {ARC Review + #Giveaway} @DawnKlehr 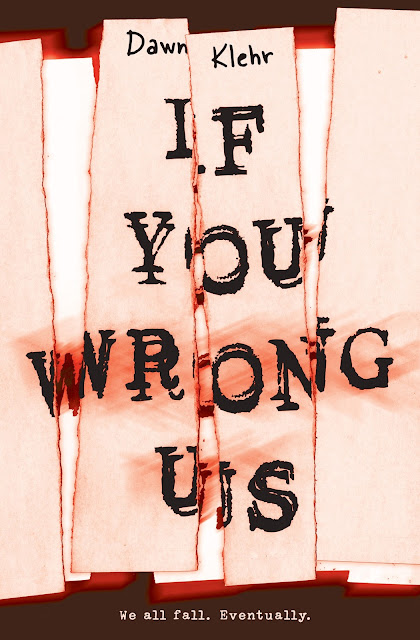 About If You Wrong Us

Becca and Johnny become entangled after a car crash steals the lives of two people they love. Officially, the crash is an accident. But Becca and Johnny are convinced: someone did this.

As they plot revenge against the person responsible, a bond—intense, unyielding, and manic—takes hold of them. And in an unexpected turn of events, they fall for each other.

Or so they think.

In an upside-down world where decay is beautiful and love and hate become one, Becca and Johnny find themselves grappling with reality. Nothing is exactly what it seems, including what they've come to believe about the crash. Question is: will they learn the truth before it's too late?

No. The question is: when they learn the truth, will they care?


One night, a deadly accident and two lives connected forever...


The Elements of a Crime:


That night, Johnny lost his mother and Becca her twin sister and since then, nothing will ever be the same again. They both believe the car crash that took away their loved ones wasn't an accident and they won't stop until justice is served, well their kind of justice at least.


Johnny finds a shoulder to cry on, understanding and love in Becca. For him, she's the only person he can truly rely on and share everything. What starts as a search for the truth leads them both to the dark path of revenge.


Becca's character is much more complex and deep. That makes her hard to read and dangerous to others and herself. She approaches Johnny first, but she has her own agenda and Johnny is just part of her vengeful plan to bring justice to the person responsible for her sister's death.


The story is well-written and until the end the reader is trying to put all the pieces together in order to completely understand the course of events that lead to the fatal accident. I really liked the ending because it's dark and I believe that a second book is definitely possible because nothing is over until Becca says it is...


Dawn Klehr has proven for the second time that YA thriller is her genre and she doesn't disappoint with her new novel. If You Wrong Us is a dark young adult thriller about the way some people choose to deal with death and how difficult is for someone to distinguish obedience from love. After all, the line between sanity and paranoia is closer, much closer than we think...

If You Wrong Us is “an intricate psychological page-turner that explores the darker side of vengeance and reads like *Gone Girl* through a teen lens.” - Kirkus Reviews 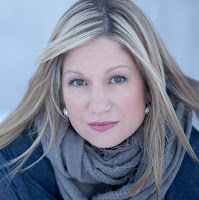 Dawn Klehr is the author of the young adult thrillers: The Cutting Room Floor and If You Wrong Us.

She began her career in TV news and though she’s been on both sides of the camera, she prefers to lurk behind the lens. Mostly, she loves to get lost in stories – in film, the theater, or on the page – and is a sucker for both the sinister and the sappy. She’s currently channeling her dark side as she works on her next book.

Dawn lives in the Twin Cities with her funny husband, adorable son, and naughty dog. You can find her at: www.dawnklehrbooks.com, @dawnklehr, or www.facebook.com/dawnklehrauthor.

Dawn is offering up some fabulous prizes during her If You Wrong Us Virtual Tour event.
One (1) lucky grand prize winner will receive a $25 Gift Card for Amazon or B&N (winner’s choice) and two (2) runner-ups will win an eBook copy of Dawn’s young adult psychological thriller The Cutting Room Floor! To enter, simply fill out the Rafflecopter below: