This blog tour is organized by Lola's Blog Tours and the tour runs from 29 March till 18 April. You can see the tour schedule here. 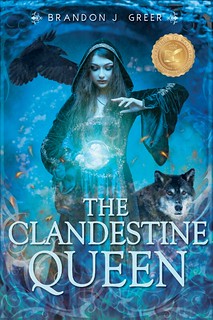 A shard of ice hides in her chest
A raging fire burns in his.
A lost queen
A desperate assassin
Together they will change the world.

Maggie Abernathy always thought she was human, even though she could do the most peculiar things. Things no other girl in her village could do. Fifteen years after being abandoned as a baby, she begins to question who she is, where she belongs, and what she might be capable of. When a mysterious letter from the past calls her home, she embarks on a journey that will change her life forever-if she survives.

Loravain-an enslaved, ember-breathing witch hunter-is hot on her trail and gaining fast. If he can find and kill her, he will win what he has sought for twenty years: freedom from the demon he serves. But he knows he isn't supposed to be the villain, and his conscience weighs heavily even as he continues his hunt. Will the prospect of freedom overpower his desire for redemption?

As their fates intertwine, neither knows what the future truly holds.

Laughter rang out through the small room. Knowing Maggie was leaving in the morning pushed her parents to be more lively, upbeat, and happy. Maggie knew they were doing it to support her, and she thanked them for it, but she could see the sadness in their eyes. But no amount of sorrow could prevent them from celebrating.

"... and when we came outside," her father reminisced, snorting so loud through his laughter he began to choke. He only continued once he'd composed himself. "You were sitting on the house and that little friend of yours was limping away, holding her rear end."

Maggie couldn't contain the sip of milk in her mouth as she tried to hold in the laughter. Failing, she spat milk out all over the table. She remembered that day as clearly as if it had been yesterday

"I can still see the look on her face," Maggie said.

"Her father came running up the hill about an hour later yelling about how his daughter had been attacked by wild demons. When he saw us, all working in the garden as if nothing had happened, he just scratched his head."

Maggie tried to keep a straight face while she cleaned up her mess. The rag was sodden and dripped with milk as she carried it to an empty bucket in the kitchen.

The wind outside was still howling and she could hear rain splashing in puddles as it fell. She worried about the beginning of her journey. If the rain kept up, she might be in worse shape than the milk-laden rag. Nevertheless, she couldn't help but be uplifted by the stories her parents were sharing.

"Do you remember the time you froze up the well?" her father asked with a chortle.

"That wasn't my fault," Maggie complained but still looked forward to the story. Her father was a wizard with words.

"We'd just finished gathering the leaves covering the garden. It was early spring and the sun was giving us a hint of summer. I was so upset when it happened. Little Mags decided to dump the whole lot of wet, stinky leaves on the fire. It had taken me all morning to find kindling dry enough to start it and there you'd gone and nearly smothered it. But then the smoke turned thick and dark."

Her mother failed to control the fit of laughter that had taken over her. It was so contagious that it spread through the room like wildfire. When she could breathe again, her mother continued the tale.

"When the leaves burst into flames, sending that fireball into the sky, you almost jumped out of your pants and fell head over heels straight into the dung pile."

That earned another round of howling laughter.

"You were so scared," her dad said, wiping a tear from his eye. "You ran to the well and dropped the bucket. You wanted to douse the flames."

"All we heard," Mother said, interrupting her husband. "Was a hollow thump when the bucked bounced off the ice."

"That's not fair," Maggie said. "How do you know it was my fault? It was early spring. It could have still been frozen."

"It wasn't," her father said. "I'd already drawn out at least five buckets that morning."

"Well, I had no idea what had happened. I just thought I was going to burn down the whole village."

As the moment wore on, silence fell over them as they each remembered different memories that brought them joy. The joviality that had prevailed began to fall away as the seriousness of the situation came rushing back. No one wanted to talk about it. No one wanted to ruin the memory they had just created, but it was inevitable. 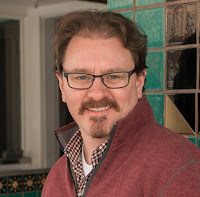 Brandon J Greer is the second and third oldest in a family of eight kids. (He was second oldest until a new marriage brought a new child that bumped him to third.) To set himself apart from so many siblings, he discovered the arts. Drawing, acting, and writing pulled him in at a young age. His first book, Around the World in About a Year, was written in the sixth grade, complete with hand-drawn illustrations. The book was garbage but won him a place in an arts competition at the local university. Now living in northern Utah with his wife and daughter, he travels as much as he can. His favorite places to go are Yellowstone and Peru. 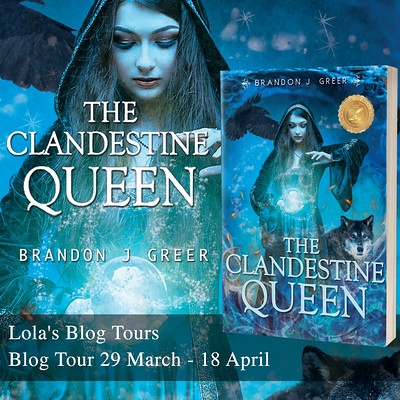