Blog Tour: Have You Seen Me? by Alexandrea Weis {Excerpt + #Giveaway} 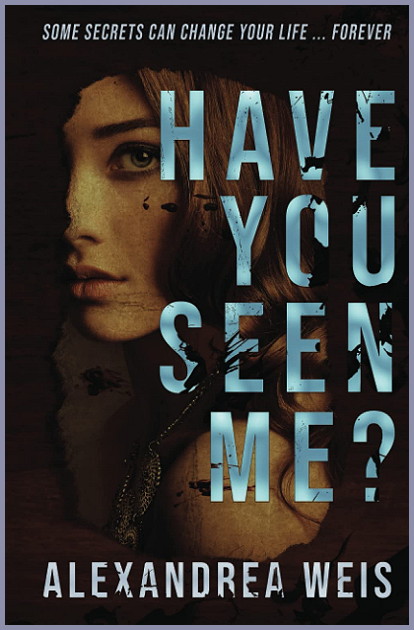 Author: Alexandrea Weis
Title: Have You Seen Me? Publisher: Vesuvian Books Publication Date: August 17th 2021
Language: English
Hardcover: 260 pages
ISBN-10: 1645480755
ISBN-13: 978-1645480754
Praise for HAVE YOU SEEN ME?
"Every five or ten years you'll read a book that'll grip you from start to end and you'll find you're up at 3am in the morning bewitched by the plot, the characters, and the setting. Have You Seen Me? is one such book, the pace is frenetic, urgent, and comes across as vividly telegenic. It takes a truly talented and masterful author to craft a novel which creates a three-dimensional drama inside your mind. Alexandrea Weis is one of the most talented authors around, she straddles several genres, and in a short time her novels are destined to stand along with authors such as Stephen King, Gillian Flynn, Joyce Carol Oates, and Jeffery Deaver." —The Strand Magazine

"With atmosphere, mercurial threats, and intrigue, Alexandrea Weis excels in probing the psychological undertones of the prep school and a new teacher's return to her past. She also does a fine job of evolving the plot that connects students and teachers to an unpredictable truth. As school and local history are revealed by the determined team, readers receive an eerie feel of inevitable disaster much in the manner of the classic film 'Picnic at Hanging Rock'. The buildup that leads to the truth about the killer's identity makes for a fine story that will reach from young adult to adult audiences with a winning exploration of prep school pressures, politics, and the special interests that lead to murder. Very nicely done." —D. Donovan, Senior Editor, Midwest Book Review

"Riveting, fast paced thriller wrapped up in a mystery. Is history repeating itself or is it a coincidence? Alexandrea Weis slowly peels away layer after layer to reveal the truth. I thoroughly enjoyed reading this book and would recommend it even if you don't usually read thrillers." —Erin E. Forys, Barnes and Noble, Williamsburg, VA

"Alexandrea Weis addresses cultural issues such as class systems, race, and bullying all the while providing chilling and spooky imagery that is sure to have all readers begging the question: "Who will be next?" A thrilling spine-tingling novel Have You Seen Me? had my heart racing on every page." —Tanya Roberts @bookswihtanya, CER at Indigo Books, Québec Canada
"A fast-paced thriller that will engage readers with great characters and a chilling mystery! I was sucked in and fully invested in finding the killer!!" —Gretchen Hall, Barnes and Noble, Houston, TX

"...capably written with a vibrant setting that feels lived-in and starts off with an intriguing mystery ... that leads to a shocking revelation." —IndieReader

And she’s not the first girl at Waverly High to vanish without a trace.

To help cope with the tragedy, new history teacher Aubrey LaRoux organizes a student investigation team. But when the project’s key members start turning up dead across campus, Aubrey suspects there’s more going on than anyone is willing to admit.
The murdered students all had something in common with Lindsey. They shared a secret. And what they uncovered could threaten the future of the historic school.

At Waverly High, someone wants to keep the past buried—and you don’t want to get in their way.

You can purchase Have You Seen Me? at the following Retailers

Tall stalks whipped against Lindsey’s legs as she ran. Her ragged breath broke through the silence of the dark, isolated field. She put everything she had into maneuvering through the deep weeds. Her chest burned, but an icy dread kept her desperate to outrun the beam of light following her.

Exhausted, Lindsey paused and kneeled by a thicket of grass, hoping to remain out of sight. But then a flashlight locked on her position. She startled and stumbled backward, tripping over something.

Falling to the boggy ground, weeds slapped her face, and her leg scraped against a sharp object.

Lindsey grabbed her leg but kept silent as a sting flared above her ankle. When she reached down, the spot was wet to the touch.

Blood. Crap. That will leave a trail.

She discovered the cause of her fall—a marker built of stone.

Lindsey had heard stories about the famous battlefield and the single marker left to remember the fallen soldiers.

“Where are you going to run, Lindsey?”

The nondescript, guttural voice seemed to surround her.

Lindsey hurried to get up while scouring the trees. She judged the distance it would take her to get lost in their shadows.

She surveyed the endless acres of grass. There was nowhere else to go.

A tickle raced across her neck, awakening an intense dread. The locket she kept close—the one containing pictures of her and Marjorie—had slipped off.

She wanted to search the grass for the prized memento, but there was no time. The rays of the flashlight found her.

Lindsey summoned her courage, determined to lose her tormentor.

Lindsey cursed. She took off, sprinting for the trees, not looking back. She ran into pockets of thick mud and her legs tired as she struggled.

A ray of moonlight broke through the clouds. Lindsey examined the outline of the land. The grass thinned before the line of trees.

She kept going, and when she broached the trees, relief rolled through her.

Branches scratched her face. The sting they left brought tears to her eyes, but she pushed on.

The pine needles crunched beneath her feet, alerting her pursuer to where she was.

Then another sound rose in the air—churning water. The bend in the fast-moving Bayou Teche was ahead. She lunged for the end of the tree line.

Around her was more tall grass, and then ahead, piers poked out of the swirling waterway.

A structure appeared on her left. Rising against the dark sky, its craggy outline hinted at crumbled walls and a collapsed roof. A smokestack rose like a column into the night.

Lindsey ran, glimpsing trash piles and abandoned machinery around the site of the old sugar mill.

A darting orb of light swept past her.

She charged toward the river’s edge.

The piers got closer, and she spotted the remains of the old dock, its rotting planks poking out along the shoreline.

Lindsey closed in on the water, knowing she had no place else to go.

A light behind her danced along the water’s surface, heightening her fear.

The riverbank came up quickly. Lindsey paused on the edge, staring into the churning current at the river’s bend.

She looked back over her shoulder. “I’ll see you in hell.”

Lindsey dove into the swirling currents. The cold shocked her just as an undertow pulled her down. She fought to get to the surface. Panic ate up her oxygen as she kicked hard, but she wasn’t gaining any ground.

Darkness closed around her, engulfing Lindsey in blinding terror. 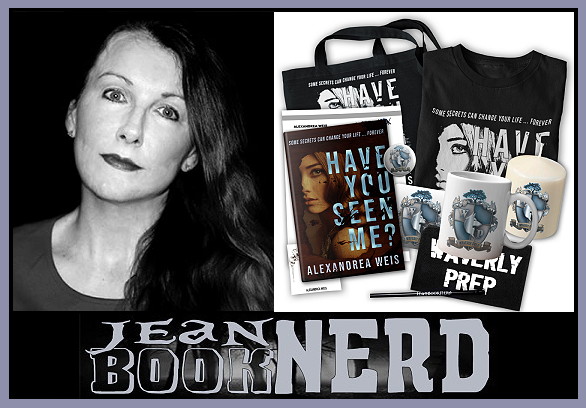 Photo Content from Alexandrea Weis
Alexandrea Weis, RN-CS, PhD, is a multi-award-winning author, screenwriter, advanced practice registered nurse, and historian who was born and raised in the French Quarter of New Orleans. Having grown up in the motion picture industry as the daughter of a director, she learned to tell stories from a different perspective. Infusing the rich tapestry of her hometown into her novels, she believes that creating vivid characters makes a story moving and memorable.

A member of the Horror Writers Association and International Thriller Writers Association, Weis writes supernatural, horror, mystery, and thrillers. She lives with her husband and pets in New Orleans where she is a permitted/certified wildlife rehabber with the Louisiana Wildlife and Fisheries and rescues orphaned and injured animals.