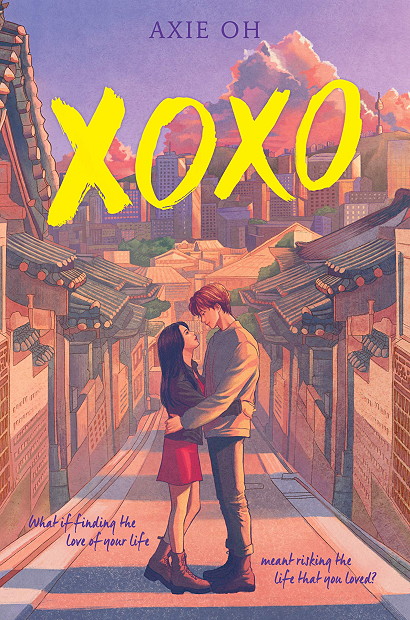 “With fun K-drama vibes, XOXO delivers a lot of heart and warmth in its protagonist who stays true to herself to the very end.” —Lyla Lee, author of I’ll Be the One

“When it was over, I immediately wanted to read it for the first time again.” —Kasie West, author of The Fill-In Boyfriend

“Simply put, this book made me happy. I guess you could say . . . I’m just a big fan.” —Emery Lord, author of The Map from Here to There

“A handwritten letter to falling in love and opening yourself up to the world. A delicious treat!” —Aminah Mae Safi, author of Tell Me How You Really Feel

“A sparkling story of self-discovery—I was utterly charmed.” —Sarah Kuhn, author of I Love You So Mochi

“An utterly delightful love song dedicated to the intersection between dreams and romance." —Julian Winters, award-winning author of Running with Lions

"K-pop helps a cellist develop musically and emotionally in this novel filled with humor and theatrics. Themes of responsibility, regret, and reconciliation weave through the intergenerational dynamics in Jenny’s family, adding dimension and depth." —Kirkus Reviews

"Oh’s narrative reaches an enjoyable clip that is both accessible to readers unfamiliar with K-pop and pleasing for fans of K-dramas as well as anyone who enjoys a breezy contemporary romance." —Publishers Weekly
Summary
Cello prodigy Jenny has one goal: to get into a prestigious music conservatory. When she meets mysterious, handsome Jaewoo in her uncle’s Los Angeles karaoke bar, it’s clear he’s the kind of boy who would uproot her careful plans. But in a moment of spontaneity, she allows him to pull her out of her comfort zone for one unforgettable night of adventure…before he disappears without a word.

Three months later, when Jenny and her mother arrive in South Korea to take care of her ailing grandmother, she’s shocked to discover that Jaewoo is a student at the same elite arts academy where she’s enrolled for the semester. And he’s not just any student. He’s a member of one of the biggest K-pop bands in the world—and he’s strictly forbidden from dating.

When a relationship means throwing Jenny’s life off the path she’s spent years mapping out, she’ll have to decide once and for all just how much she’s willing to risk for love.

You can purchase XOXO at the following Retailers

In XOXO, Jenny falls for Jaewoo, the main singer of the idol group, XOXO. I paired this song with my book because it reminds me of the title track off XOXO’s album in the novel, titled “Don’t Look Back.” Like that song, “0X1=LOVE SONG” is a dramatic declaration of love and reminds me of how Jaewoo feels for Jenny in the novel.

“On the Ground” pairs perfectly with Somewhere Only We Know, about K-pop solo artist Lucky who struggles with the pressures and responsibilities of being an idol.

I chose this BLACKPINK power anthem for K-Pop Confidential which is about Korean American teen Candace Park who moves to South Korea to compete for a spot in a new girl group.

Butter by BTS - I’ll Be the One by Lyla Lee

Not only does the bright yellow cover of “Butter” remind me of the cover of I’ll Be the One but both the song and the book give off fun summer vibes.

Sherlock by SHINee - The Inheritance Games by Jennifer Lynn Barnes

This pairing speaks for itself! The Inheritance Games follows Avery who gets invited to a mansion to compete in puzzle-like games for a chance to win a massive inheritance.

Not For Sale by ENHYPEN - Made in Korea by Sarah Suk

Just like in “Not For Sale,” the characters in Made In Korea (who have competing K-beauty businesses) come to realize that, while some things are for sale, love isn’t.

Psycho by Red Velvet – Beyond the Ruby Veil by Mara Fitzgerald

Both song and book feature intense, charismatic, and highly driven women who would do anything to get what they want!

ASAP by STAYC – Happily Ever Afters by Elise Bryant

“ASAP” is about wanting to find love “as soon as possible,” just as the heroine in Happily Ever Afters wants to find love quickly so that she can find inspiration for her romance novel writing!

This song is the anthem for Rogue Heart, an action romance set in a futuristic East Asia, in which both my heroine and hero are saying aloud that they are “ok” when inside they’re anything but.

Thank you so much for joining me for my K-Pop and Book Pairings Playlist! If you’re interested in even more songs, I have playlists for all my books on my website! XOXO, Axie 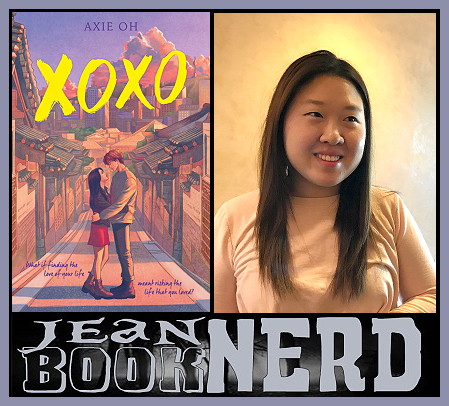 Photo Content from Axie Oh
Axie Oh is a first generation Korean American, born in NYC and raised in New Jersey. She studied Korean history and creative writing as an undergrad at the University of California – San Diego and holds an MFA from Lesley University in Writing for Young People. Her passions include K-pop, anime, stationery supplies, and milk tea. She currently resides in Las Vegas, Nevada with her puppy, Toro.