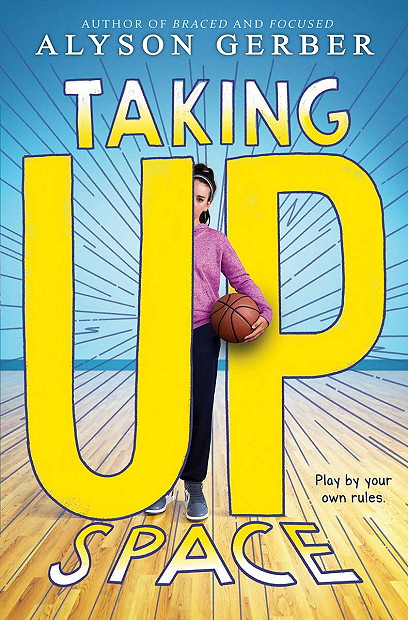 Publisher: Scholastic Inc.
Publication Date: May 18th 2021
Language: English
Hardcover: 272 pages
ISBN-10: 1338186000
ISBN-13: 978-1338186000
Summary
Sarah loves basketball more than anything. Crushing it on the court makes her feel like she matters. And it’s the only thing that helps her ignore how much it hurts when her mom forgets to feed her.

But lately Sarah can’t even play basketball right. She’s slower now and missing shots she should be able to make. Her body doesn’t feel like it’s her own anymore. She’s worried that changing herself back to how she used to be is the only way she can take control over what’s happening.

When Sarah’s crush asks her to be partners in a cooking competition, she feels pulled in a million directions. She’ll have to dig deep to stand up for what she needs at home, be honest with her best friends, and accept that she doesn’t need to change to feel good about herself.
Praise for TAKING UP SPACE
"This affirming novel offers a normalizing message about discussing body image and mental health." —Publishers Weekly

I SPRINT TOWARD the basket and V-cut to get open, but the player guarding me, number twelve with the pigtail braids, is quick and no matter how hard I push myself, I can’t break free.

Ryan dribbles up the court, weaving the ball between her legs. She crosses over left, then right, and dodges her defender before passing the ball to Ines,

who’s standing on the other side of the three-point line.

I need to get open. I try again—I cut in, sprint out, and manage to make enough space for Ines to hand the ball to me. I drive to the basket, shoot a layup, and score. Boom. Two points! Yes!

A few people in the stands cheer. There’s a pretty big crowd today. It’s normally just parents and siblings, but the girls’ JV team and both boys’ basketball teams stayed to watch our game, because we’re playing our biggest rivals.

Benny is sitting in the front row wearing jeans, a gray hoodie, and his new thick-rimmed glasses that make him look cute and smart at the same time. He smiles at me, and I’m thankful that I’m already sweaty and red, so he can’t see that I’m blushing.

Duke pushes his blond hair off his pale face and whispers something to Benny. They laugh. Duke is the kind of boy that everyone agrees is cute. His cuteness is a fact. He’s like the chocolate chip cookie of boys. But I like the way Benny looks better. I turn away from them and take a deep breath. I need to focus. I can’t get distracted by my crush when I’m trying to win.

I high-five Ryan and Ines and then sprint to the other end of the court. By the time I get there, I’m gasping for air. I never used to heave like this.

The game is tied. But there’s still time for us to win, and I know we can. It doesn’t matter that the other girls are taller and more athletic. We’re a stronger team.

I stay on number twelve as she cuts in and out, and ignore my achy chest and the cramp on my right side that’s probably from not drinking enough water. We all need to play tight defense if we’re going to beat this team, and I want to more than anything.

She maneuvers fast and dodges the pick. 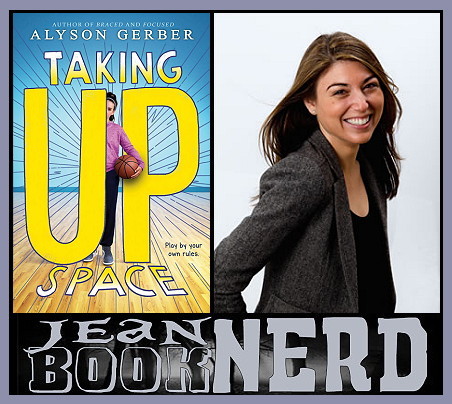 Photo Content from Alyson Gerber
Alyson Gerber is the author of the critically-acclaimed, own-voices novels Braced and Focused published by Scholastic. Her third novel Taking Up Space will be in stores on May 18, 2021. She has an MFA from The New School in Writing for Children and lives in New York City with her family. Follow her on Twitter and Instagram @AlysonGerber.

Braced, Focused, and Taking Up Space are all Junior Library Guild Gold Standard Selections. Braced received three starred reviews and has been nominated for state book awards in Oklahoma, Indiana, New Hampshire, Virginia, South Dakota, and Georgia. Focused was picked as a best book of year by The Today Show, Kirkus Reviews, and A Mighty Girl and has been nominated for state book awards in Rhode Island, Oklahoma, and Michigan. Alyson’s latest novel, Taking Up Space, based on her experience with disordered eating, will be published on May 18, 2021. Taking Up Space will help readers recognize how much they matter and see that if something negative is taking up space in their minds, even if there isn’t a name for it, they should ask for help.