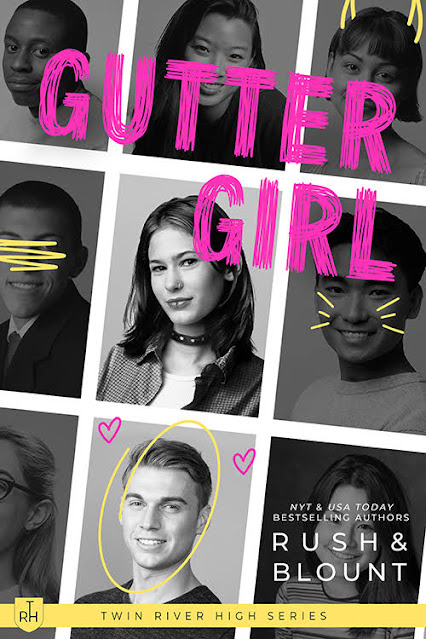 Star football player Jace Rovers has a secret. And not just any secret—a shocking secret… He writes romance. The kind with swords. And dresses. And kissing.

Nobody knows. Not the other kids at Twin River High. Not his overbearing parents. And certainly not the millions of fans who’ve read his book on the writing platform Scribbles. And that’s the way he plans to keep it.

Except suddenly one of the other football players grabs his notebook in jest and starts reading a kissing scene out loud…and Jace knows he’s busted.

But then McKenna Storm, resident goth girl who avoids the spotlight like a virus, snatches up the notebook and tells everyone she's the author. And lucky for Jace, she later agrees to continue the ruse...for a price.

Heck, he'd give her anything not to reveal his secret. But when they start to fall for each other, he knows he'll have to keep the biggest secret of all—his darkest character is based on her…

I flicked a few strands of my thick hair out of my face that’d worked loose from my double buns during my collision with the human brick wall.

I’d dyed my blond hair bright pink after Dad bailed on my mom and me because I refused to have the same color hair as that deadbeat. Since then, I’d tried a few different colors, but bright pink was my favorite. Sure, it was a sharp contrast to my all-black dress code, hence the Goth Girl nickname everyone so lovingly gave me, but I liked it and that was all that mattered. At first I worried it might make me stand out too much, but in a surprising twist, it only made me blend in more since lots of students dyed their hair.

With only seconds to spare, I entered the classroom and took my seat behind a black slate lab table.

Out of all my classes, this was one of my favorites. We did a lot of interesting experiments and Mrs. Numan actually made physics fun, which wasn’t exactly an easy task.

The seat next to me was empty. I was the only student in this class who’d managed to skip having a lab partner. Which was fine by me; Partners meant talking, which meant asking questions.

They wouldn’t understand my home life. So, what was the point of pretending to be all chummy with the people in my class?

I grabbed a pencil from my backpack and opened up my notebook.

Kingdom of Swords was printed across the top of the first page in neat, block letters.

I took a quick breath in. What the hell was this?

Under the title was a map drawn out in black ink. Areas had been shaded off for forests, swamps, mountains, and a medieval-looking city had been drawn out in painstaking detail.

I flipped to the next page.

Chapter One: Death by the Sword

Neat handwriting filled the next ten pages. All capital letters, spaced out perfectly.

Seriously, what the hell was this?

I looked up at the whiteboard. Mrs. Numan had been listing the steps for our next experiment, and I needed to write this stuff down.

What happened to my notebook?

That’s when it hit me. My collision with Jace. His bookbag had been open, and his stuff had gone everywhere.

I flipped through a few more pages in total disbelief. This looked like notes for a story.

Maybe it was for his creative writing class or something.

Crap. I was going to have to track him down to switch notebooks back, wasn't I?

Wait a minute. Wait a minute. This couldn’t be his notebook. No way would a football jock like Jace write fantasy stories, right? Okay, maybe it was rude to assume he, an athlete, couldn’t also love to write. I mean, nobody knew I loved to act, so maybe Jace was a closet writer.

I scanned the content until I came across a steamy kissing scene, entangled limbs and groping hands.

New York Times & USA Today Bestselling Author, Lynn Rush, is a full-time writer, wife, and trail runner living in the Sonoran Desert, despite her fear of rattle snakes. Known as #TheRunningWriter, Lynn can’t resist posting epic sunrise pictures while running in the desert with her trail sisters, even if she has to occasionally hop a scorpion.

When she’s not running or writing, she’s watching movies that fuel her everlasting love of superheroes, vampires, and all things Supernatural. The books she reads usually carry the same theme, but this former college athlete loves reading sweet sports romances as well. She’s madly in love with her Ironman husband of 20+ years who is the inspiration for what true love is. You can find her on social media as @LynnRushWrites 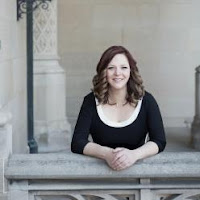 KELLY ANNE BLOUNT is a USA Today bestselling author of young adult novels. When she’s not writing, she’s probably lost in a book, watching Twilight, snuggling her five furry rescues, or having an adventure with her handsome husband and their darling daughter. After living in a palace in Scotland, across from the Caribbean Sea, and in the snowy land of Wisconsin, Kelly and her family reside in beautiful Asheville, North Carolina. Kelly loves connecting with readers on social media! Stop by and say, “Hi!” or ask a question. You can find her everywhere @KellyAnneBlount.