Blog Tour: We Are the Fire by Sam Taylor {Excerpt + #Giveaway} @jsamtaylor 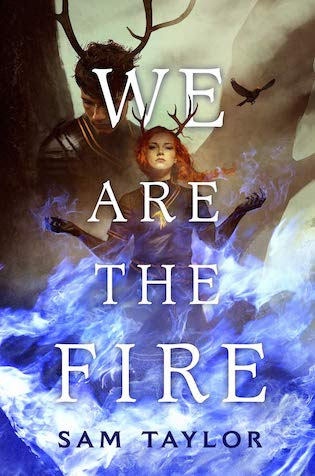 As electrifying as it is heartbreaking, Sam Taylor’s explosive fantasy debut We Are the Fire is perfect for fans of An Ember in the Ashes and the legend of Spartacus.

In the cold, treacherous land of Vesimaa, children are stolen from their families by a cruel emperor, forced to undergo a horrific transformative procedure, and serve in the army as magical fire-wielding soldiers. Pran and Oksana―both taken from their homeland at a young age―only have each other to hold onto in this heartless place.

Pran dreams of one day rebelling against their oppressors and destroying the empire; Oksana only dreams of returning home and creating a peaceful life for them both.

When they discover the emperor has a new, more terrible mission than ever for their kind, Pran and Oksana vow to escape his tyranny once and for all. But their methods and ideals differ drastically, driving a wedge between them. Worse still, they both soon find that the only way to defeat the monsters that subjugated them may be to become monsters themselves.

Anu took one of [Pran’s] arms, Oksana the other, and together they heaved him to his feet, then staggered toward the red-turreted Healing Hall. As they waddled, Pran’s leg spasmed and he let out a keening cry.

“Stay strong.” Oksana squeezed his hand. When he squeezed back, the knot in her chest loosened the smallest bit. But that knot tightened right back up when they entered the hospital wing on the first floor. Not one physician stood in sight among the linen-covered cots.

“We could use some help,” Anu called toward the adjoining chamber, where physicians sometimes gathered for meetings. But that room was silent; no one answered her shout.

“Should I look around?” Anu stumbled as Pran slumped against her shoulder. “They can’t be far.”

Oksana shook her head. “I don’t need them. Get him on a cot.”

While Anu got Pran settled, Oksana snatched a suture needle off a table and used it to pick the lock on one of the many steel cabinets lining the walls. The shelves within were crammed with bottles and jars—none labeled, all different sizes and shapes. She grabbed three and poured two spoonfuls from each into a bowl. Pran would need a strong dose tonight.

“Stir that well.” She shoved the bowl toward Anu and turned to fetch a syringe.

Someone stood in her way. Oksana smelled him before she saw him and choked: rotten eggs. Scorched metal.

Rootare, the imperial alchemist. His round glasses caught the light until he looked like an insect with enormous, gleaming eyes, and his high-collared white lab coat was stained with smears of red, black, and silver. The man’s skin was ashen, even his blond hair peppered through with gray, though his face wasn’t wrinkled with age.

He peered at the bottles on the table. “Where did you get those?”

Acid bubbled in Oksana’s throat. She stepped between Rootare and the bowl, drawing herself up as tall as she could. Still, she didn’t reach his shoulder. “None of the physicians were here to help. I have a medicine token.”

She tossed it over. He snatched it in midair, though his hand trembled so badly it was a miracle he caught it at all. His brow furrowed as he stared at her. “None of those bottles are labeled. How did you figure out which to pick?”

“I know some things about chemicals.” Even as a young child, Oksana had already been exploring, experimenting, before being kidnapped for this army.

Peering over Oksana’s head, Rootare studied the bottles she’d selected, then snatched the bowl from Anu’s hands and examined the mixture inside. A slow smile carved across his face. “Indeed you do.”

When Oksana didn’t grin back, Rootare turned to Pran, looking him over as he might a rotted cabbage in the market. “Injured in that fight with the Imps? There’s a mess that will have heads rolling. At least my Demon’s Tongue saved the day. With proper help, I could really change this country.” He peered out the window, frowning toward the palace glowing in the distance.

Oksana clenched her jaw, fighting to keep her temper in check. Rootare’s wretched work was the reason Pran was sick. “Nayar needs his medicine.”

The man unlocked another cabinet and selected a syringe. Oksana reached to take it, but Rootare clucked his tongue. “Now, now, you’ve already crossed a line, poking through the cabinets. Don’t make me report you to the Commanders. I will administer the dose.”

Rootare wagged the syringe like a scolding finger. “Don’t you trust your own work?”

Biting her tongue, Oksana watched Rootare fill the syringe from the bowl, then stick it into a vein in Pran’s arm. As the medicine poured into him, Pran sighed, his breath evening into the steady rhythm of sleep.

“It . . . worked.” Rootare tossed the used syringe into a vat of pure ethanol.

“Disappointed?” Oksana asked. But the rising light in the man’s face spoke the truth. Not dismayed. Delighted.

The alchemist rounded on her, peering with an intensity that sent chills down her spine. “What else do you know about chemicals?”

A warning knell echoed through Oksana’s heart. “Nothing of interest.”

Rootare’s grin widened to a smirk. “Care to change that? I could teach you a thing or two. I’ve even gotten Demon’s Tongue to burn underwater. Tell me that’s not more interesting than medicine for crippled Tuliis.”

Bastard. Oksana yearned to toss a beaker of scalding serum into his face. “I have to get back outside,” she said. “Commanders’ orders.”

Beyond the window, shouts erupted like firecrackers. Commanders’ voices, calling for attention and order.

With a scowl, Rootare stalked from the room. Oksana didn’t follow, sinking instead onto the cot beside Pran. She yearned to hold him but didn’t dare. Affection between Tuliis wasn’t forbidden, but anyone who displayed dedication to something—especially someone—other than the army invited trouble. So she settled for the smaller comforts of a mere comrade, pulling off his gauntlets and unbuckling his antlers and greaves. 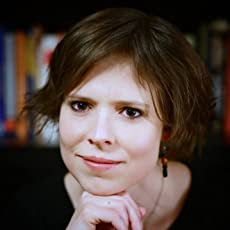 Sam Taylor grew up in Arizona’s deserts and now lives among Connecticut’s trees. She spends her days writing, being mom to the world’s cutest boys, whirling through dance workouts, and baking too many cakes. She does not possess fire magic, but does have one fire-colored cat. We Are the Fire is her debut novel.