Check out my stop on the blog tour for Death Island Duology by Kelsey Ketch! 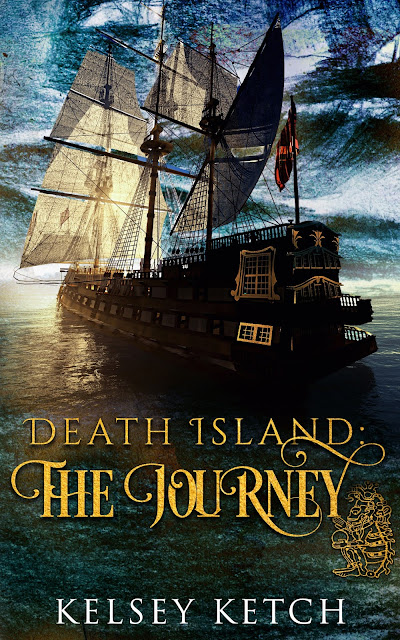 With her family name tainted by her great-grandfather’s crimes, Meriden Cummings could only dream of fleeing her oppressive life. Then she unearthed a piece of tanned skin, and her blood revealed an ancient map adorned with Mayan glyphs, launching her on the journey of a lifetime. However, she finds herself bound to the map, and there is a cost to her newfound freedom. One that will torment her mind as well as her soul.
After being shanghaied by pirates, Gregory Wilson escapes to a small English village where he runs into an obnoxious auburn- haired beauty. When he learns she is about to set sail on dangerous waters, he signs up to join her crew, hoping to defend her from the pirates seeking her great-grandfather’s treasure. But, will he be able to protect her from the ghost that haunts her or the curse running through her veins.

Tucker barked at something that had recently washed up onto the shore. Curious, I walked toward the obvious tangled mess. “What do you have there?”

I pushed him aside and grabbed the green and grey mass. I peeled off the debris and seaweed and rinsed the mud and sand off in the Mouth of the Severn. From the mess appeared an object, which I could only describe as an elaborate golden coin, about four inches in diameter. Yet, the slightest touch caused three outer rings of glyphs—similar to the ones painted on the map—to rotate around a sitting man with a long headdress, bowl, and club. His face profiled, and his legs crossed. The most outer ring consisted of nineteen complicated glyphs, including an eagle’s head, a goat-like face, and a demon face; the middle ring held twenty square glyphs with three curls underneath, some depicting things like hands, skulls, and faces; and the innermost ring had a series of dots and lines—much like Roman numerals—that counted up to thirteen. On the other side of the coin, the same skeletal figure from the map sat in the center while nine teetered glyphs were spaced out along the outer rings—five on the outer ring and four in the middle. Among the glyphs of the middle ring were four arrows pointing in what I would call the cardinal directions. Overlapping the middle and inner rings were three large arrows. Much like a compass pointing north, east, and west. And to the south, two skulls faced each other, leaving a microscopic gap.

My mind spun with disbelief. This had to be related to Death Island. I was sure of it. But how? And where did it come from? How did it get here?

The breeze carried my hair off my shoulder, a shiver ran down my spine, and goose bumps unraveled across my arms when I sensed a presence nearby. I turned to spy a man as pale as ash with a beard as white as snow watching me. Black veins stretched throughout his exposed flesh. His eyes nothing but two black pieces of coal. The mere sight of him made me jump in my own skin, nearly causing me to drop the Mayan coin as I gasped in fright. In an attempt to regain my composure, I took my eyes off the man for a second to steady myself, only for them to fall back on the gardener, or ghost, I met at the Railings’ home. 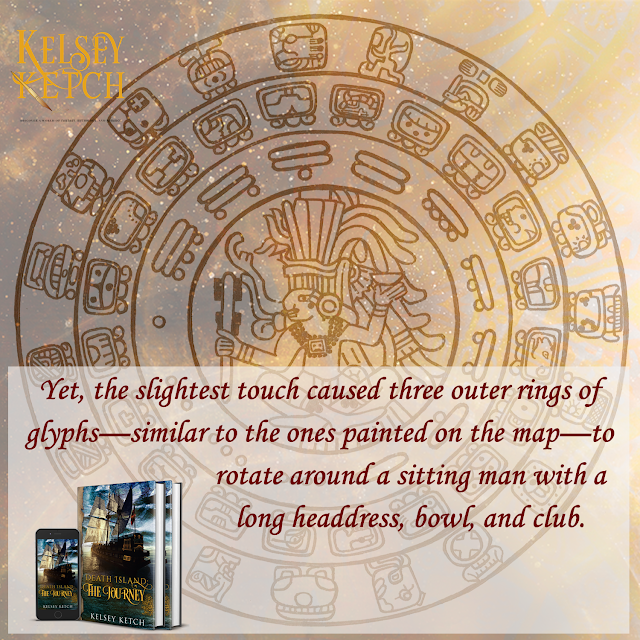 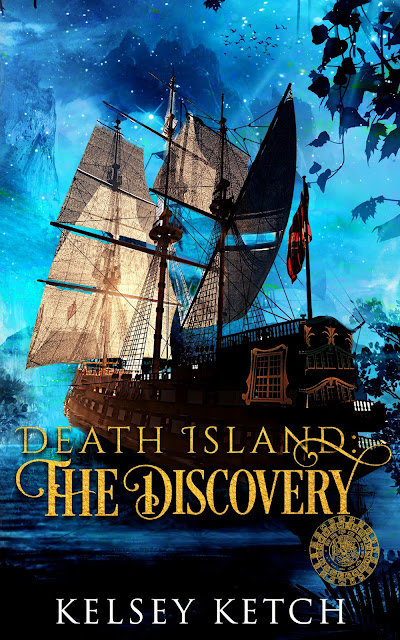 Author: Kelsey Ketch
Title: Death Island: The Discovery
Series: Death Island #2
Genre: New Adult Adventure/Fantasy
Release Date: December 2020
Summary from Goodreads
After arriving at Death Island, Meriden Cummings became haunted by dreams of a young Mayan woman’s death. A death, Meriden fears, foreshadows her own. And she soon discovers that in this tropical paradise, there are many ways to die. On top of that, the pirates after her great-grandfather’s treasure are not far behind. Can she and her crew stay one step ahead of them and the Mayan god that inhabits the island?
Meriden is not the only one haunted by the young Mayan woman’s death. Gregory Wilson has had similar dreams the moment he stepped foot on the island. In addition, he has seen the Mayan god of death, Ah Puch. Will he be able to protect Meriden from the earthly dangers as well as the supernatural forces seeking her demise?

In a half-dream state, I saw myself as a young girl being guided through the city. My hair long, raven locks, and my skin painted blue. Yet something wasn’t right. While I walked behind a man also decorated with blue paint and wearing a jaguar loincloth and feathered headdress, my vision blurred, and my thoughts grew hazy. On top of it, once and a while the painted man before me would change. His image shifting between the painted man and Baker. He dragged me up several steps with a rope that was tied around my wrists. The sound of rushing water drowned out the foreign words the painted man chanted to the massive crowd sitting around a pool below us. I was pushed to the edge of a small platform and shoved onto my knees. The sun drew long shadows from the few trees and surrounding colorful buildings. A shadow of a club rose into the air and fell. The next thing I felt was a sharp pain in my skull, darkness, wet, and cold. 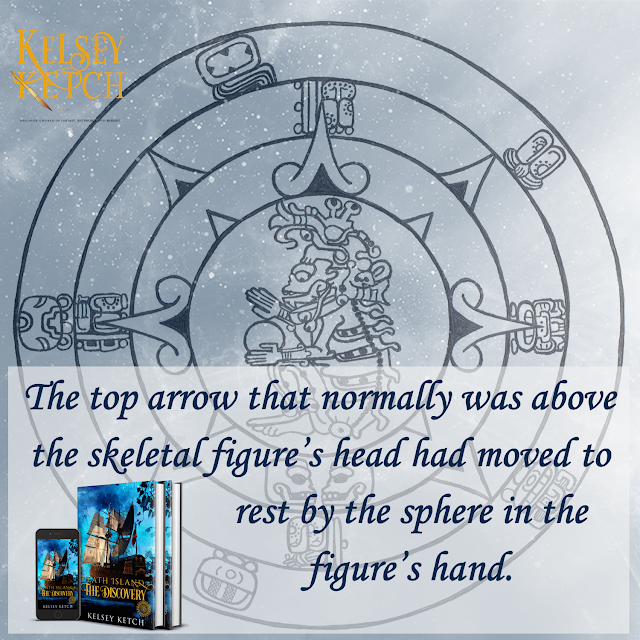 About the Author
Kelsey Ketch is a young-adult/new-adult author, who works as a Wildlife Biologist in the state of North Carolina. During her free time, she can often be found working on her latest work in progress. She also enjoys history, mythology, traveling, and reading.
For more information, please visit her site at kelseyketch.com.
Website | Goodreads | Amazon | Twitter | Facebook |Pinterest | Instagram
GIVEAWAYS
a Rafflecopter giveaway
a Rafflecopter giveaway
Αναρτήθηκε από Anastasia Gkaitatzi στις 00:01