Blog Tour: When Life Gives You Lemons Instead of Lattes by Rayna York {Excerpt + #Giveaway} @Rayna_York

Check out my stop on the blog tour for When Life Gives You Lemons Instead of Lattes by Rayna York! 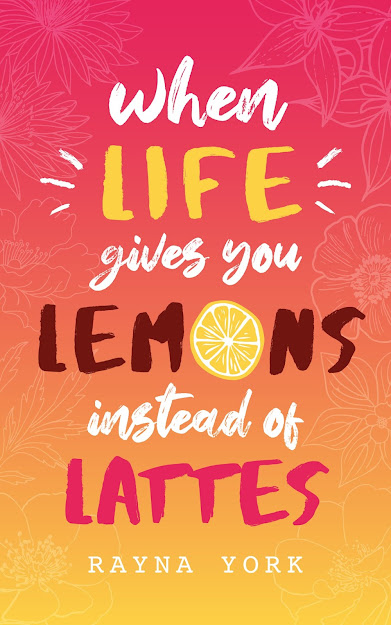 What if losing everything you have is exactly what you need?
Kylie’s summer after high school graduation was supposed to be celebrated in Europe, not some podunk town in Ohio. But when the FBI shows up at her parents’ California beach house looking for her father, the life she’s known, suddenly disintegrates.
With the family assets frozen and her father on the run, the only place left to go is a dilapidated house that once belonged to her great-grandmother. Now her family is broke, her social status is in ruins, and the only internet access is at a café where a nerdy barista boy wants to be her new best friend.
But life has a funny way of teaching its lessons, and being catapulted into this new reality might be the help she needs to learn that sometimes you have to let go of everything you know to discover what is real.
With unlikely friendships, family secrets, and a budding romance, Rayna York crafts a heart-warming story about the deception of appearances and starting over in unexpected places. Perfect for YA fans of Sarah Dessen and Kassie West.

“Mom, who are these people?” I demand, standing beside her in defense mode. A stocky looking man in a cheap suit and bad haircut looms in front of us while several beefy men climb out of vehicles behind him.

I was making a mixed-green, berry smoothie when the doorbell rang. It’s not my usual practice to care who’s at the door, but I’m expecting a delivery.

“Ma’am, I’m Special Agent John Stafford of the FBI.” He flashes his badge before snapping it closed and attaching it to his belt. “When was the last time you saw your husband?”

Several agents push past us into the house, one of them bumping into me. “Excuse you!” I give him my best you-are-lower-than-scum glare.

“He left for work at seven.” A loud noise behind us makes her jump and has us both turning to see several agents ransacking our living room. “What’s this all about?”

Harlow, my younger sister, suddenly appears and wraps her arms tightly around my waist. “Mom, Kylie, what—what’s going on?”

Seeing her distress has my claws coming out, which is never pretty. “Mom! They can’t just barge in here. Get them to show you a warrant!” She can be so stupid sometimes.

Detective Stafford gives me a look like I’m irrelevant before returning his attention to my mother. “We might want to have this conversation in private,” he says, indicating that “we” doesn’t include me.

I cross my arms over my chest. “I’m not leaving!”

“Go ahead, detective. Whether they find out now or later isn’t going to change things.”

“If that is your preference,” he says with cold authority. “Jared Mallory James is wanted for fraud and embezzlement. And as he has refused to abide by our summons, is now a fugitive of the law.”

My mother gasps. “Are you sure?”

Harlow moves to her side. “I don’t understand.”

“It’s okay, honey.” Mom pats her back in an attempt to soothe. “Why don’t you go to your room and watch TV?”

“No. Just explain what he’s talking about.” She sounds panicky. She’s nine. I can’t blame her.

“Harlow, honey. Just give me a minute. I’ll explain everything to you when I know more. Kylie, will you please go with her?”

“No. These people are destroying our house!” And I don’t want her believing this guy’s bullshit story. She’s never had a backbone, and I don’t trust her to ask the right questions.

Another agent walks up and hands Detective Stafford a paper. “Thank you,” he says, then holds the paper up in front of us. “As of this moment, all properties have been seized and accounts frozen. You have five days to vacate the premises. Nothing—”

He ignores me, continuing, “Nothing in this house can be removed except those items of a personal nature. You can keep your phones but all other electronics, including computers, must remain.”

“Kylie! Please. You’re not helping. Where are we supposed to go, Agent?”

“You’re just going to let him kick us out?” My mother holds up a hand, attempting to silence me. As if she has the power.

“I understand it’s not your concern, Agent, but I have two children. What am I supposed to do without any money?”

He gives her a look of disdain before stepping past us into the house. The guy probably makes beans for a living, sees a multi-million-dollar house, and thinks we deserve what’s coming to us.

“Thanks for your sensitivity and concern.” I scowl after him, then turn back to my Mom, who’s staring off into the front yard. “What’s wrong with you? Do something!”

Her expression has me pausing. I’ve never seen her look so beaten, dejected. “Well . . . for starters, you’re not even questioning him. You know Dad couldn’t have done this—whatever they’re accusing him of.”

She shrugs her shoulders and walks off, taking Harlow with her.

“Seriously?” I chase after her. “Come on! This is Dad we're talking about. He works his ass off. He would never steal money. Why would he? We’ve got money out the yin-yang!”

“So it would seem,” is all she says before stepping out the back door with Harlow in tow.

I gawk at her as they pass our infinity pool and walk down the boardwalk to the beach. When they disappear behind the tall grass, I take my phone from my back pocket and call my dad. He’s going to be so pissed when he hears what’s going on. I squint against the brightness of the sun. And how can she just walk away from me like that?

The phone rings and rings with no answer, so I text him.

“Hey!” I holler as an agent fumbles a valuable glass sculpture. “You break it, you buy it!”

He tilts his head, giving me a bored expression before setting it back on the shelf.

I look at my phone again, willing it to ring or alert me that I have a text saying he’s on his way and not to worry—that he will fillet these dickheads and serve them up a healthy portion of whoop-ass the moment he arrives. But there’s nothing.

He’s probably in a meeting. He always turns his phone off.

No. If he was in a meeting, they would have found him at work.

Maybe the meeting was somewhere else?

I don’t know. Whatever. He just needs to freakin’ respond.

Seeing agents start up the stairs to the second floor reminds me of what Stafford said about the computers. I rush up behind them, slither past, then bolt to my room.

“Hey!” one of them shouts, rushing up behind me.

“Gotta change.” I slam the door in his face and quickly lock it. 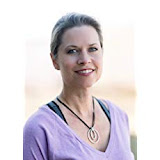 About the Author
Rayna York grew up with hippie parents that liked to adventure, so being the new kid was always a challenge. Where change was the norm, books were her constant--a way to escape. As an adult, many careers came and went, but writing has always been her passion. Everything I knew to be true is her first published novel.
Website  Facebook  Instagram
GIVEAWAY
a Rafflecopter giveaway
Αναρτήθηκε από Anastasia Gkaitatzi στις 00:00