Check out my stop on the blog tour for The Veiled Descendants (The Veiled Duchess #2) by Sophia Menesini! 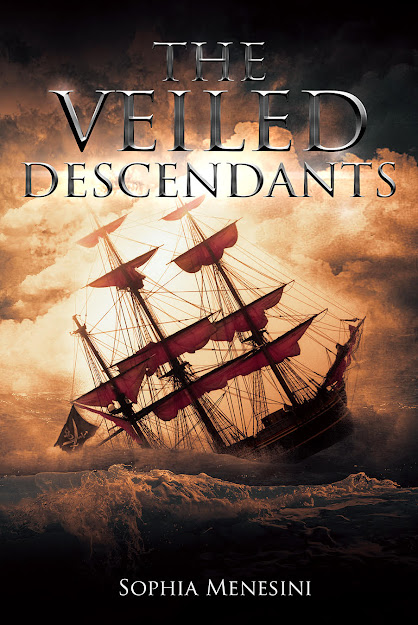 Captain Shea Lara and the crew are back in this thrilling sequel to The Veiled Threat, The Veiled Descendants. It's been a year since she struck the deal — a year since she promised to marry her princess, a year of adventure, darkness, and change. Her fiancé has chased Shea across the Nereidan seas, but now it's time for her to come back to Arethusa. The storm has arrived, and none of them are prepared for what’s coming. An elven Fae with a blood connection to Shea, who plans to take Nereid back from the humans, shatters the life of a young Oceanan prince, and now it's up to Beck of Oceanus, Captain Shea, and Queen Joana to save their world from the powerful threat.

But they can't do it alone. With the help of Shea's father, Poseidon, God of the Sea, and her former lover: the goddess of love, she will set out on a quest to find the one being who can help prevent Perses from destroying everything she holds dear. A god, who just so happens to be Shea's immortal brother, Triton.
Shea chose the family she has now, but the tides are changing, and what she wants may no longer matter. She'll need to rely on the magic in her blood for the battle ahead. Perses is coming, with the help of vicious creatures, an evil empress, and the Lycon army, and he plans to drag her down to depths with him. 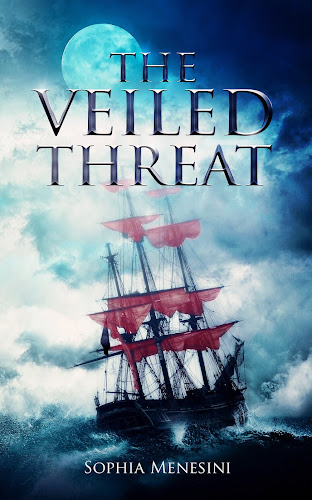 Captain Shea Lara is the current leader of The Veiled Duchess. The most feared pirate ship in all of Neried. And now, after completing her former mentor's final score, she's retiring. Everything seems to be coming to an end... Until a mysterious stranger drags her back into the fold with an offer for a score she can't refuse. All she has to do is kidnap the crowned princess of the northern Queendom, Princess Joana of Arethusa. The prize is just within reach. But sparks fly as the two women collide. And an obscured threat that could upturn Shea's entire world storms on the horizon. She'll face it alone unless she can allow herself the support she needs from old and new allies alike. Something's coming and Shea is at the center of it.

He hasn’t noticed Jo yet and she smiles as she hears the beginning of the song start to play.
“There were four cities / along the old trident road.”
Jo sings the first two lyrics of the song, and Beck startles slightly, but he continues to play, smiling the best he can with the flute to his lips, encouraging her to sing the rest.
She clears her throat; she knows she doesn’t have the best voice if Beck’s chuckles are anything to go by, but she thinks of her mom, imagining Triteia’s voice.
He begins to play the beginning part of the song again and Jo sits down next to him and hums the first couple notes.
There were four cities,
Along the old Trident road.
It ’twas a pity,
Divided by code.
One day a great queen rose,
The ocean lord’s gem.
They promised at the willow
And the el-vens did wept.
For the empire saw it,
And slayed the great queen.
It ’twas a pity,
United they would have been.
Now there are four cities,
Along the old Trident road.
It ’tis a pity,
Still divided by code.
Beck plays the last of the melody before dropping the flute onto his lap.
Caeruleus swoops down one last time and finally manages to swipe enough water at Beck, splashing him in the face.
“Caeruleus!”
Caeruleus yowls in delight and flies in through the open doorway out of the gardens and to the rest of the house.

The Storyteller with Salt Water in Her Veins


Sophia Menesini lives in Martinez, CA with her husband, and their two small Chihuahuas, Ziggy and Zeppelin. The Veiled Threat is her first novel. Sophia is an avid tea connoisseur and lover of Scotland with an unconventional memory for obscure Disney and Broadway song lyrics.