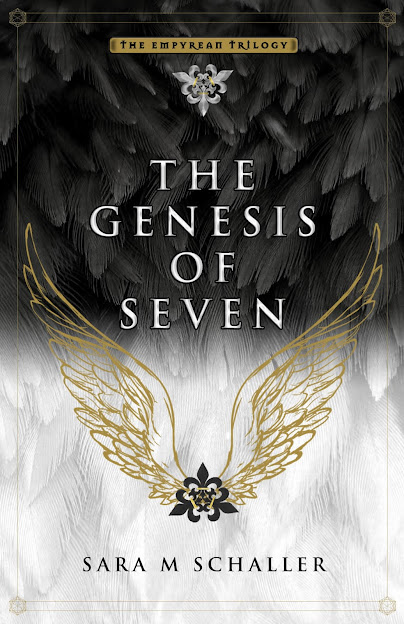 Eighteen-year-old Jordan Conway has always wanted to help people, but helping seven archangels to achieve their divine duty was never quite what he had in mind…

When Jordan is entrusted by the head nun of his orphanage to deliver a mysterious backpack to a New York City address, he comes unexpectedly face-to-face with Archangel Gabriel. Their acquaintance fast uncovers a labyrinth of secrets that connect Jordan’s once-normal life to an ancient heavenly prophecy. Now, he must help Gabriel to reunite the archangels before evil forces grow too strong.Soon, Jordan and Gabriel find themselves on a divine quest across the globe, while deep in the pits of Hell, Satan plots his return to earth. To gain control, however, Satan needs the powerful prophetic objects locked safe inside Jordan’s backpack—and the devil will stop at nothing to get what he wants.

With that notion threatening his only family and the safety of his newfound friends, Jordan must do whatever it takes to protect the ones he loves and help the archangels succeed. If that means sacrificing all he thought he knew to go to war with the devil himself? Bring it on.

Excerpt
“Run!” Sister Helen shouted.
Somehow, my body obliged. My legs carried me down the alleyway, past dumpsters and trashcans. At the street, I stopped briefly to figure out where to go next. I glanced at the paper and realized I had a bit of distance to cover. The address was near Central Park, but the orphanage was in the opposite direction. In fact, the orphanage wasn’t even in Manhattan. There wasn’t time to figure out a route though. At the sound of running footsteps, I looked over my shoulder and saw two men dressed in black fast approaching.
Without a second thought, I broke into a sprint and headed right.
I’d never been chased in my life and soon realized I was the worst person for it. I kept running straight for blocks. Not once did I try to evade my chasers. I was merely in flight mode, running forward without a thought of where I had to go. The backpack hit my shoulders every time I moved my legs, creating a rhythm my heartbeat began to mimic. I was scared senseless, had no idea what to do, and was weighed down by the duffel bag, which gave me a weird, galloping stride.
As I raced on, some unknown part of my brain took over and told my legs to veer left into an alleyway. My chasers passed by, unsuspecting, though they soon backtracked and followed. At that point, my run became a series of quick turns and dashes through side streets and alleys in an attempt to evade them.
Breathing hard, heaving the cursed bag, and almost tripping over my own feet, I came to a standstill in front of a chain-link fence. Did this seriously have to turn into some iconic movie chase? I groaned as I sized up my new enemy, wondering why I never took gym class seriously. Surely, completing the rope climb—something I’d never successfully achieved—would come in handy right about now.
At the last second I decided to backtrack, but the two chasers blocked my path. One was a big, burly man, and the other was the second guy from the subway, who was much taller and leaner than his accomplice.
Frustrated, I ran up to the fence and swung my duffel bag through the air. It landed surprisingly safe on the other side of the chain-link barrier. Without a moment’s hesitation, I ran and jumped at the tall gate, latching onto it with my hands. Flashbacks of the rope climb came to mind, and I knew this wasn’t going to be easy. In a struggle, I scrambled up as my chasers approached.
By some miracle, I made it to the top, and I was preparing to swing my leg over and ring that fictitious bell when a hand gripped my ankle. When I looked down, a menacing skull tattoo met my gaze. 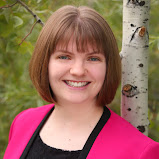 Sara M Schaller is a paralibrarian, publishing professional, and young adult author. She lives in Colorado with her mom, dad, brother, and four furry canine siblings. Sara loves the world of pop culture and the performing arts, so when she is not reading or writing, she is either watching movies and shows, attending conventions, or going out to see live performances. She likes to write stories for all ages in the fantasy genre, and her writing usually contains elements of speculative fiction and features a large cast of characters. Sara has a Bachelor’s degree in English, Art History, and Religious Studies from the University of Denver, and a Master’s degree in Publishing from Pace University. For five years, Sara worked as a graphic designer, and her creativity in design carries over into other areas of her life like writing. You can visit her online at www.saramschaller.com.