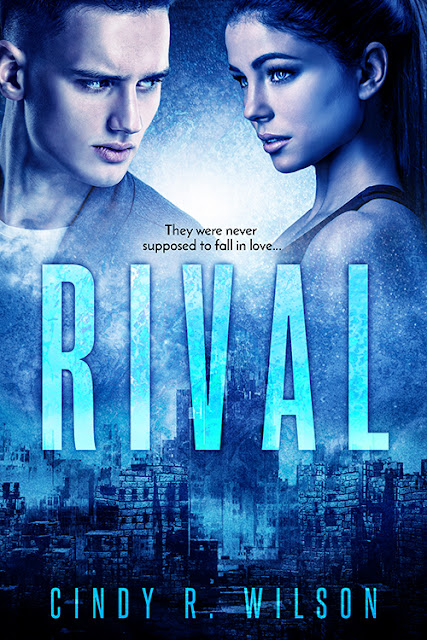 For years, our families have had one rule: We leave them alone. They leave us alone. When Juno caught me scavenging for supplies in her family’s territory, I had no idea that the war between our two families was about to be pushed to the edge. But she takes a chance on me. Trusts me. Lets me go. Now there’s a greater threat to both sides. Someone’s stealing from my family, too. And it’s up to me to find the thief before anyone else. Because if I can’t, both sides will blame each other. Rule broken. Game over. No one wins. My only ally is Juno. The one girl I can’t be found with. The one girl who tempts me like no other. She’s the definition of off-limits. If our families knew how we look at each other, and kiss each other… Star-crossed doesn’t even begin to describe our fate.

Her cheeks flushed, but he didn’t miss the quick moment of indecision on her face. Then she lowered her knife. “If I ever see you back here again…”
Maddox lost the grin. What was that supposed to mean? She was really letting him go? She was supposed to hate him and his people just as much as they hated hers.
“Don’t worry,” he said, sheathing the knife and backing up to keep an eye on her. “I’ll never come back.”
But the moment it was out of his mouth, it felt like a lie. Even though he didn’t trust anyone on this side of the border, it still seemed ridiculous for their communities to be at war with each other when they could help each other with food. But that’s the way it was.
So, yeah, he probably should never come back.
He didn’t turn around until he’d put several dozen feet between them. Until she was just a shadow by the docks, standing and waiting for him to make good on his promise. His shoes sank into the sand as he jogged toward the perimeter.
The sand leveled out, giving way to pavement. It was the longest road on this side of the country, a wide street that led from the beach to Victor Bridge, the cutoff between the Light District and the Dark District.
Both of their Darkside communities used the road as a marker. A border. They stayed on their side, and he stayed on his.

Cindy lives at the foothills of the Rocky Mountains, and loves using Colorado towns and cities as inspiration for settings in her stories. She's the mother of three girls, who provide plenty of fodder for her YA novels. Cindy writes speculative fiction and YA fiction, filled with a healthy dose of romance. You'll often find her hiking or listening to any number of playlists while she comes up with her next story idea.