First look at WEB OF FROST by Lindsay Smith!

A too-young queen must learn to control her powers in order to save her empire, but can she trust the man who’s taught her to use her gift? 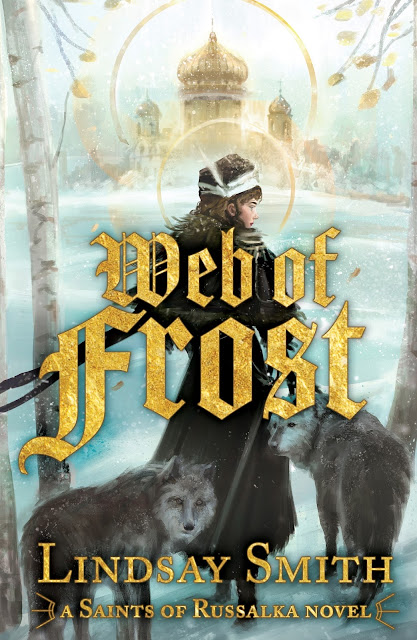 About WEB OF FROST

Russalka is a proud empire, frozen and vast, protected for centuries by a royal family who works miracles from the saints. But rebellion stirs in the streets, and its war-hungry neighbors threaten to invade. The young princess Katza has been tormented by visions of her bloodied hands destroying Russalka—a clear message from the saints that she must never rule. So when tragedy places her next in line to the throne, Katza fears their warnings are on the verge of coming true.

Then she meets Ravin, a mysterious young prophet with visions of his own: visions of Katza as a regal empress with unimaginable power. All she has to do seize upon the holy magic of her bloodline. But the more Ravin whispers in her ear, the more Katza begins to wonder whether he has her best interests at heart. With a revolution boiling over and war looming at the border, the greatest threat to Russalka may be Katza herself.

Here is an exclusive excerpt from WEB OF FROST

“An incredible show of power,” Ravin said. “But you are capable of even more.” He paused, and turned his head, almost peering back at her over his shoulder. Again her gaze was drawn to the sharp line of his forehead, his nose beneath a dark sheaf of his hair where it had fallen across his brow. “Show me.”

Katza rolled her shoulders back. She had never before prayed to Saint Morozov; she’d never had reason to. She scanned the icons in the sanctuary, looking for his face—the blue eyes piercing with ice, the gray pallor of his skin as flecks of frost wreathed him. But all the colors were washed out on the ancient icons—he was hard to find. Saint Morozov. Her lips worked as she sought him out. Saint Morozov. Grant me the chill in your bones . . .

“No, no.” Ravin stalked toward her, shoulders bristling with cold fury. “You don’t need to focus on his icon. You must be able to draw the power anywhere. Anytime. Morozov is only a filter for turning the raw power into ice. You must reach past him.” He trembled with intensity. “Seize the power for yourself. It’s already there, just waiting for you to grasp it.”

“I—I’m sorry.” Katza bit her lower lip and looked down. Morozov. Let your cold envelop me . . .

And then she felt it, crawling inside her skin—the faintest threads of ice. If the saints were filters for Boj’s raw power, then Katza imagined herself reaching through that filter to grasp it at the source. Her breath crystallized before her as she exhaled, then twinkled like glass as it fell to the floor. Frost coated her hands, her face, and yet the cold was soothing, hardening around her like a shelter . . .

“You have to release it,” Ravin shouted. “Don’t keep it trapped inside you!”

Katza’s throat was closing up, turning into a block of ice. She tried to scream. Tried to move her arms—she had to force the cold away from her—

She flung her arms out wide.

Frost shot out from all around her, spinning fine as a spider’s web. It spread up the chapel walls, crunching and cracking as it went, riming the icons and choking the candles Ravin had lit. Katza’s breathing eased and she felt a tide surging through her. She was one with the ice, letting it into her as she spun it from her, a perfect symbiosis.

Katza’s chest rose and fell as she admired the ice thickening into columns and pillars and intricate lacework all around them. With a command, she could pull it all away. But she wouldn’t. She had made this, and she was in control, and everything was beautiful.

A voice inside her sighed happily and whispered in her ear, Yes.
“Incredible.” Ravin was breathing heavily too as he approached her once more, stepping around a pillar of ice. His dark eyes danced, reflecting the sunlight-kissed frost. “You are truly in control of it.”

Katza tested, fingers twitching; a column of ice thinned, melting, then thickened again at her command. “I am. I can feel that power you were talking about, that well. It’s just below the surface. But it’s rolling through me, a give and take . . .”

“Yes. You are in control of your power. But I, too, am blessed by Saint Morozov.” He drew closer and raised his palm. Ice sheathed his fingers, glinting with the menace of steel. “Can you stop it when someone else is using that blessing? Can you melt it all away?”

Katza staggered back from him, but backed into one of the columns of ice. She tried to melt it, but it was one he’d created—she had no power over it. Frost fringed onto her clothing, her hair, her neck, as if the column were consuming her, swallowing her up. Again she felt that burn in her chest, crystals sprouting and slicing her up, but it wasn’t in her control. She couldn’t push it away.

“Careful, tsarechka.” Ravin laughed behind pressed lips. “Or I’ll make a martyr of you.”

Panic spiked through her, a shard of ice in the warmth of the saints’ gifts. “Please, stop!”

His face loomed before hers. Gray washed over his features; his lips were deathly blue. “You must stop me.”

Katza swallowed. She couldn’t. She would never be strong enough—but she had to. It was what Russalka needed.

It was what she’d been craving, all along.

Pre-Order this title at these online retailers

Add it to your TBR today!
Enter the Giveaway!
1 winner will receive a $25 Amazon Gift Card and 3 runners up will receive 1 ebook from Lindsay Smith’s backlist (winner’s choice).
a Rafflecopter giveaway

Other Books by Lindsay Smith 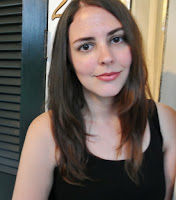 Lindsay is the author of the young adult novels Sekret, Dreamstrider, and A Darkly Beating Heart, and is the showrunner and lead writer for Serial Box's The Witch Who Came In From the Cold. Her work has appeared on Tor.com and in the anthologies A Tyranny of Petticoats, Strange Romance Vol. 3, and Toil & Trouble, and she has written for Green Ronin Publishing's RPG properties. She lives in Washington, DC with her husband and dog. 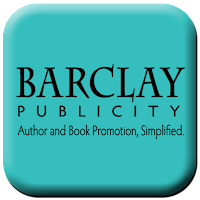