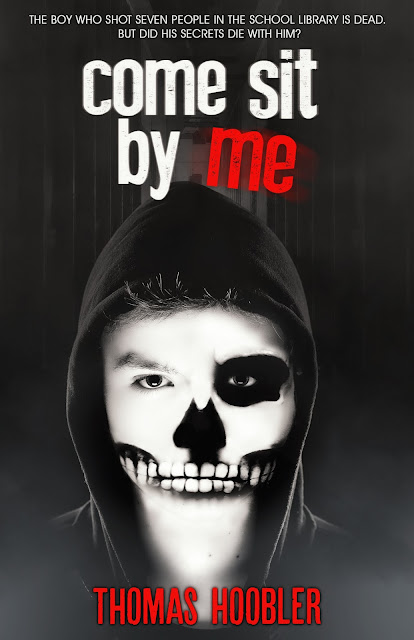 The boy who shot seven people in the school library is dead.

But did his secrets die with him?

Something terrible happened at Hamilton High last year, and those who survived don't want to relive the past.

But Paul has just arrived, and gets the same locker that the shooter used.

He wants to know what really happened...and you know what curiosity did to the cat.

Come Sit By Me is told in two not so different points of view. One is Caleb's, the boy who everyone thinks is responsible for the school shooting and the death of five students and the other is Paul's, the new kid in town.

Paul got Caleb's locker at the school and he also became a member of the school's newspaper as a managing editor. From the very first moment he heard about Caleb, he wanted to find out more about him and put it down on paper so everyone could read who Caleb really was. But this town has far too many secrets and Caleb got caught in the middle of them.

In Caleb's part, we can actually read his diary and that's an essential part to the story because we finally get to see what's like to be Caleb. It's pretty obvious that he's a young man who can be easily manipulated and doesn't know the difference between wrong and right. Basically, he became a pawn in someone else's twisted game.

"This is the end of Caleb's book, in which he tried to make sense of his life. And death."

Paul figured all this out and he will try to clear Caleb's name, but along the way, Paul's efforts to uncover the truth, turn into obsession...

The story is fast-paced, written in a unique style that's talking directly to the reader and the end, especially the last phrase stays with you and makes you wonder long after you finish the book.

Come Sit By Me shows us how far can someone go in order to achieve their goals, no matter who gets hurt in the process. It perfectly describes humanity and the evil each person hides inside but it also talks about obsession and how thin the line between sanity and paranoia is...


Thomas Hoobler has written many books for young people and adults, mostly in collaboration with his wife Dorothy. They won the Edgar Award for Best YA novel for their book, IN DARKNESS, DEATH. The Washington Post selected that book as one of the five Best Young Readers' Books of 2005. Their website is www.hooblerauthors.com.

August 11th
The Travelogue of a book addict - The Book Drealms
http://thebookdrealms.blogspot.com
Review