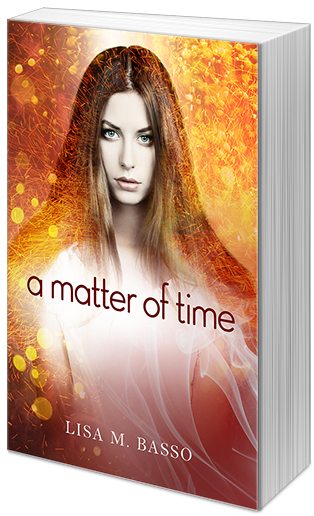 Rayna entered Hell to save Kade. Kade entered to protect Rayna. Both have failed.

Centuries of Kade’s demons are unearthed when he is brainwashed and used as a Fallen pawn.

In the freezing pits of Hell, Ray is beaten and tortured, pushed to her breaking point. She takes a stand, firing back at her attackers though she’s only begun to understand the true strength of her wings. A strength she will need once she uncovers the evils that await on Earth.

Together they find solace, alone they will fight.

First, everyone thought she was crazy, then a criminal, a missing person and now she's not even on Earth anymore. A Matter of Time continues where A Slither of Hope left off, with Rayna sacrificing herself to save everyone she loves including Kade but he will follow her everywhere, even if that's in hell.

The pace is a little bit slower than the one in the previous installments but that didn't bother me because we get some of our burning questions about the characters answered. One more thing that I loved is that Lisa M.Basso has the ability to describe every single scene in the book perfectly. From the fight scenes (Rayna kicks some serious demon butt), to the more emotional ones we understand exactly how the characters feel.

Rayna is such an amazing YA heroine. From being insecure and thinking she was a freak, she's now a badass teenager with newly found abilities that she struggles to understand and control. No matter where she...is Hell, Heaven, Earth, she remains loyal to her loved ones.That's her source of power and that's what makes her trully special. Moreover, the book has a dual point of view. Finally, we get inside Kade's head and find out more about his tortured past who made him who he is.

In addition she still has boy trouble but I won't say anything because that would be quite a bit spoiler. :)

The plot and the story are once again well-written, throughout the book the characters mature and evolve emotionally. Rayna, Kade and Cam get their closure, no matter how good or bad it is. The books ends in a way that's satisfying enough but I would love to read a fourth book or even a short novela about what happens next. 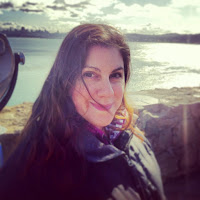 Lisa M. Basso was born and raised in San Francisco, California. She is a lover of books, video games, animals, and baking (not baking with animals though). As a child she would crawl into worlds of her own creation and get lost for hours. Her love for YA fiction started with a simple school reading assignment: S.E. Hinton’s The Outsiders. When not reading or writing she can usually be found at home with The Best Boyfriend that Ever Lived ™ and her two darling (and sometimes evil) cats, Kitties A and B.