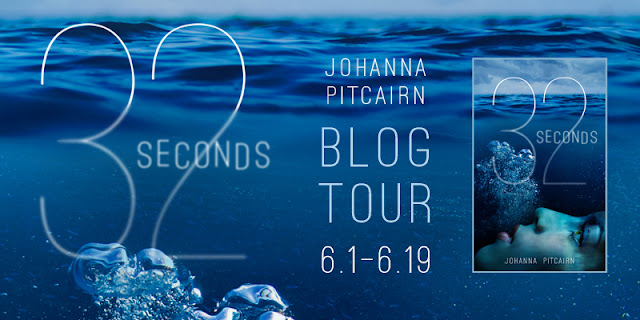 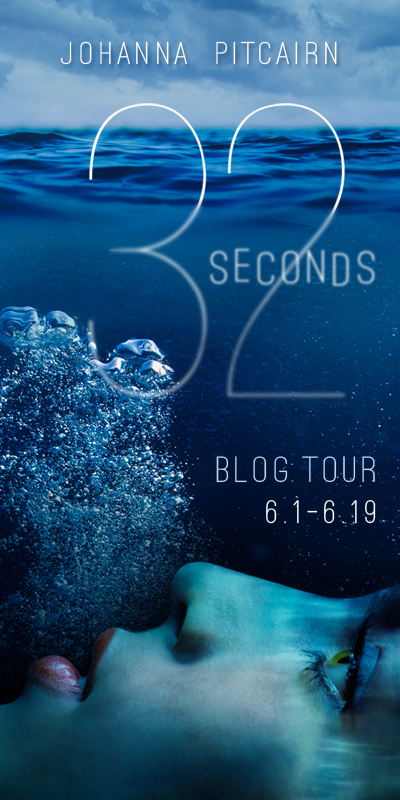 To the average onlooker, the city of Los Angeles represents glitz, glamour, and the celebrity lifestyle. But to seventeen-year-old Julie Jones, the city is a vast host of problems she’s longing to get away from. The latest? An unfortunate disagreement with her ex-boyfriend Mark—one that could land her in some serious hot water.
So rather than face the troubles that torment her, Julie decides to run away from her old life and start fresh somewhere new. But her parents aren’t on board with the plan, and she soon finds her bank accounts frozen and her wallet empty.
With just seventy-five dollars and a full tank of gas, the troubled teen is far too stubborn to turn around and head home. So what’s a girl to do?

What Julie doesn’t know is that her travels are about to take her somewhere unexpected—a place where she’ll be forced to come face to face with the ghosts of her past in order to secure her future.
A tale of redemption, hope, and freedom lost and found, 32 Seconds is a thought-provoking exploration into the human spirit and the nature of forgiveness. 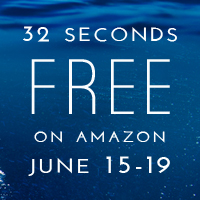 32 Seconds…I love the cover by the way! Tell us a few things about it.

Thank you! That cover is very pretty, isn’t it? I just have to thank Jenny Zemanek for her amazing talent in designing a powerful book cover. The first cover was also very nice, but didn’t translate what the book was about very well. This one does. First, it looks eerie, and very YA. The water and the girl at the bottom of the ocean represent the main character Julie, and her journey, from a chaotic, hopeless bottom, to a healthier, happier lifestyle. Water represents serenity, rebirth, change, cleansing. Water can bring death or life, as all of us grow for nine months in a pocket of water, but drowning is fatal. So the cover plays with all these elements, with the title being very central, bold, and simple. It’s a great statement for the story that’s inside.

How did you create the characters for your book?

They came to me as I drafted the story. Julie was first, as the angry, rebellious, and lovesick female lead. Then Evan was born – as her sidekick. I wanted a positive suspenseful story that carried a strong message. My characters were born as I found a purpose for them to speak that message. Some characters I had to take out because their purpose was just not strong enough. Others, I had to develop to make them bolder and stronger. The process was, and is organic for all my stories. I just picture a scene with actors and I write what everyone says, like they run the show. Then I edit.

What has been your biggest challenge when writing 32 Seconds?

One of my challenges, like with every story, is to find the time to write, and edit. 32 Seconds was tough because the first draft had fallen so far from the tree. Editing took a really long time, not that it shouldn’t, but it felt like I rewrote the book seven times. It took time to find the right words, and the right outline. Looking back, this book was also very hard to write because it was my first. It doesn’t get easier to write a book, but the methodology I follow to write has become more efficient now. I don’t spend time writing stuff for the sake of writing stuff anymore. I write with a purpose. And if I can’t write because the inspiration isn’t there, I don’t beat myself up. I take a break, and come back to it later. I’m not comfortable yet with having an outline that shapes my book from start to finish, but I follow a path, with objectives I want to meet, and this allows me to keep the process organic, yet organized. Staying organized is the key, otherwise the story just goes all over the place like a crooked skeleton.

From inception to finish, about two-three years. From the real first rewrite to finish, one year and a half. My stories always take a long time to mature. I spent an active one year and half drafting and editing, while the other year was more experimenting, and brainstorming. I maybe would have spent less time on it had I had more time writing, but maybe not. My process is usually slow.

What makes your book different from other books out there in the same genre?

My book targets the young adult audience and adults who like YA books, and it carries a strong message of hope, forgiveness and redemption while touching a sensitive subject. I won’t elaborate what the sensitive subject is (otherwise the whole mystery of the book is gone!) but it’s not a topic I’ve seen very often in the kind of décor I set up. My story digs deep, and gets in the nooks and crannies of teenage angst, while providing tools for self-empowerment. So my book is inspirational, and deep, but also funny, and light.

Any tips for aspiring authors?

My best tip for aspiring authors is the one I got when I first started writing. Don’t give up. Keep writing, get edited, don’t cry and hate the whole world when your story comes back with a million red lines and strikethroughs, don’t be afraid of rejection, don’t be afraid to take your time. Don’t be afraid to take risks. Don’t get depressed over bad reviews. Don’t take anything personally. Writing is art, and art is subjective. Just follow your heart and hire an editor. Wash, repeat. Good luck!

Thank you so much for your time, Johanna! :)

Johanna K. Pitcairn has dreamed of becoming a writer since childhood--authoring her first novel at the age of nine, and countless poems, stories, and screenplays by the age of seventeen. Later, rather than pursuing a career as a director and screenwriter, she decided to go to law school, driven by her father's opinion that "writing does not pay the bills."
Ten years later, she moved to New York City, which inspired her to go back to the excitement, wonder, and constant change of being a writer. Pitcairn is a huge fan of psychological-thriller novels and movies, and delves into her hopes, fears, friends, enemies, and everything in between in her own writing.