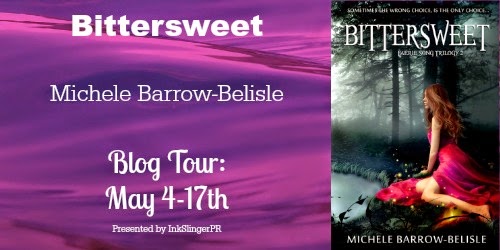 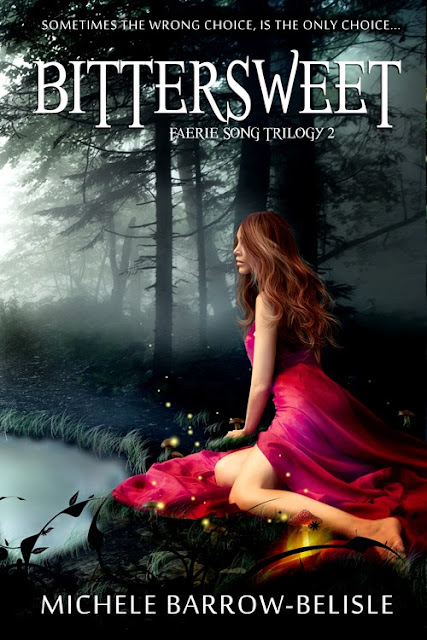 To save the Faery world and her mother’s life, Lorelei sacrificed everything, and the dangerous bargain she made in Nevermore had lasting repercussions. Now safely back in her own world, Lorelei seems the same to her highschool friends and her supernatural boyfriend. Yet love across dimensions is complicated, especially when an invisible Veil between the two worlds—the only bridge that links the pair, is sealing, threatening to separate Lorelei and Adrius forever.

Determined to find a solution, Lorelei resorts to using her new found powers. But when her friends succumb to the same mysterious illness that nearly took her mother’s life, Lorelei can’t help but wonder if her own dark magic is responsible.

Still, the nightmares from Nevermore continue their icy hold. Someone from Adrius’s past arrives, determined to destroy Lorelei’s world starting with those closest to her, and Lorelei is forced to choose between her family and friends and a love that was ill-fated from the start.

“One kiss and now you believe you love this creature? Preposterous. I will not have it. She has you hexed. Bewitched from your right mind. That is the only reasonable explanation to account for such impudence. Such lusting can only be derived from dark magic. It seeps from her pores, can you not feel it?” Mab, the Queen of Air and Darkness surveyed me with cold disdain before refocusing her wrath on her son.
“I would never do that,” I blurted. “I’d never use magic to force someone into loving me.” Venus and I were very different that way.
Mab snarled. “Do not address me unless I have given you permission to do so,” she said. “I am the queen of this court. And you are nothing more than a whelp on the verge of losing her life.” Her cutting glare flicked back to her son. “I cannot allow this. You traipsing across lands following this…” she waved her hand in my direction. “It is madness. I prayed that after you'd taken a taste you would have been satisfied, satiated of such empty hollow carnal delights and moved on to saner tasks. Like serving your mother.”
“You removed me from your court, Mother. I no longer serve you,” Zanthiel replied evenly.
Mab’s voice lowered, and grew sickly sweet. “My darling, it was but to show you your love for me. Your loyalty lies within you still. It merely needed a subtle reminder.”
“By way of banning me from my home, and resigning me to live among thieves, shadows and the dead. It is an odd way of demonstrating motherly love.”
“There are many expectations of you. You cannot fulfill your duty with your mind blinded by your heart. This unhealthy obsession has you transfixed, Zanthiel. Can you not see? She has you immobilized.” Her voice grew louder and the rafters latterly shook. “And to what end?”
She looked at me, but I wasn’t certain she wanted me to answer, so I remained silent. I studied the chains enclosing Zanthiel’s hands and ankles. Could I break them open, dissolve them? What if something went wrong, and I hurt him instead? No, it wasn’t the right time. I glanced over at her statuesque guards, their skin blue from decades of cold. Two of them were studying me with a vile mix of curiosity and hunger. One caught my eye and he ran a bloated tongue across his chaffed lips. My stomach turned over.
“I am hers for as long as she requires my assistance. It has always been that way. Fated by prophecy. You know this to be true, Mother.”
He was having trouble speaking and yet his expression held that same icy glare. By looking at him you’d never know what pain he was in. But I knew him on a deeper level. I was beginning to see through his façade, like a smokescreen of glamour, I saw behind the mask. The fear and loathing and the inexplicable suffering as the iron ate into his flesh like acid.
The queen’s eyes narrowed and grew impossibly colder. “Why have you come? Surely you did not expect a grand and hospitable welcome. What purpose drew you into my court to face imminent death? Do speak now, whelp,” she said with sudden impatience. “And know that if you are caught lying I will cut out your tongue and feed it to the trolls.”
I shuddered, having no doubt she actually would. “We have a… request.”
I glanced at Zanthiel, blood seeping from the iron chains binding his wrists and ankles. I couldn’t let him continue to suffer. The poison would eventually seep into his bloodstream and kill him. Then she'd direct her wrath at me.
I took a tentative step forward, not fully convinced I wouldn’t be cut down where I stood, for being so bold.
But she leaned back against her throne and tapped a broken fingernail impatiently. “You have my full attention. Come out with it. What is this request of which you speak?” 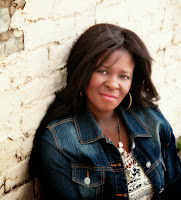 A dreamer at heart, Michele Barrow-Belisle has always lived with one foot in this reality and one foot in another, one of her own imagining. So it follows that she would grow up to write about the characters from those enchanting worlds she knows and loves so well. A fan of all things romantic, her young adult novels are populated with scintillating witches, vampires and fey.  Her bestselling debut book series Fire and Ice (Faerie Song Trilogy) was optioned for a major motion picture this year. Michele resides in southern Canada with her hubby and son who indulge her never-ending obsession with reading, writing and most importantly… chocolate.