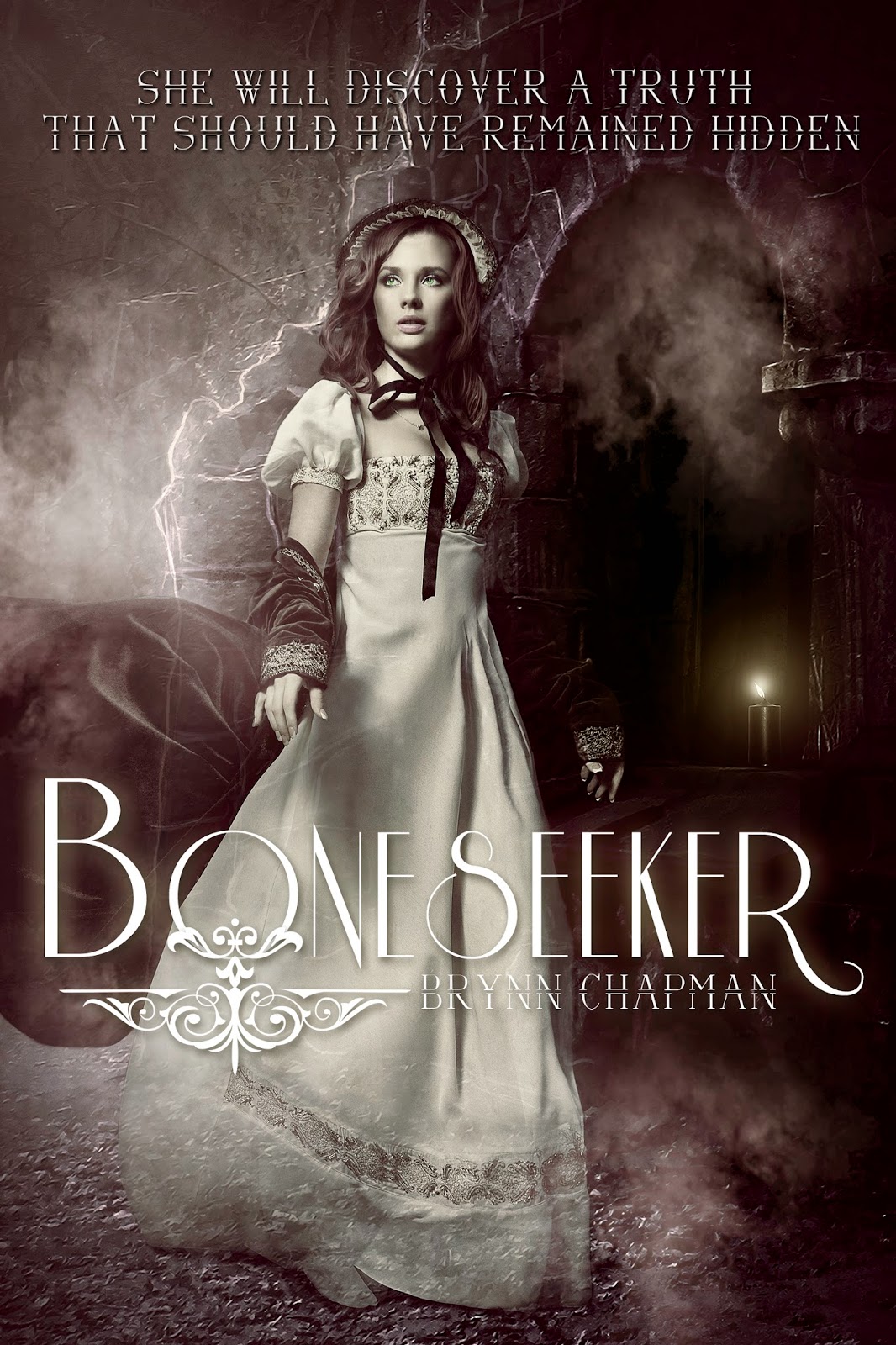 Arabella Holmes was born different and raised different. After it became apparent she wouldn’t fit the role of a proper 1900′s lady, her father, Sherlock, called in some lingering favors, and landed her a position at the Mutter Museum. The museum was Arabella’s dream; she was to become a purveyor of abnormal science. What her father called a BoneSeeker.

Henry Watson arrives at the Mutter Museum with a double assignment–to become a finder of abnormal antiquities and to watch over and keep Arabella Holmes. An easy task, if he could only get her to speak to him instead of throwing knives in his general direction.

But this is no time for child’s play. The two teens are assigned to a most secret exploration, when the hand of a Nephilim is unearthed in upstate New York. Soon, Arabella and Henry are caught in a fight for their lives as scientific debate swirls around them. Are the bones from a Neanderthal … or are they living proof of fallen angels, who supposedly mated with humans according to ancient scrolls?

Sent to recover the skeleton, they discover they are the second team to have been deployed and the entire first team is dead. And now they must trust their instincts and rely on one another in order to survive and uncover the truth.

Women in The Edwardian Era, 1901 to World War One.

The Edwardian Era is the time period in which my book, BONESEEKER is set. I was asked to discuss the time period, so I will do so relative to my characters and the plot.
Social morays of the time: the British class system was still rigid, and it is seen as the last period of the ‘English country house’.  It was also a time of change and more of an opportunity for upward mobility that ever before.
The women’s suffragette movement, and preparation for war was starting to shift the lines of classes, although they were still evident. Common professions of the working classes were governess, in service to the upper classes.
This was ‘The gilded age’ in America.
When Sherlock Holmes is forced to deal with his brilliant, headstrong, highly atypical, looking-like-Asperger’s daughter—London did not seem the correct fit for such a unique young lady.
So he sent her to America, where her ‘abnormalities’ might be better tolerated. The scientists at the Mutter museum could not dispute her genius, and more than one owed Sherlock a favor.
Around 1910, some fortunate women attended universities. Arabella had only the finest tutors, and again, Holmes cashed in every chip to assure she expanded her knowledge in her chosen obsession..er…field.
This period has been made famous by the hugely popular, Downton Abbey. The differences between American and British in this time period is illustrated in the comparison between the dowager duchess and Cora’s mother from the states. In America, Arabella’s abnormalities and her refusal to follow societal norms would be better tolerated.

For fashion: it was the final period for corsets, and Gibson girl hair was the rage. It’s a fabulously fun period to write about—and I look forward to continuing my journey with Arabella and Henry as they work their way through life and love in the new world.

Born and raised in western Pennsylvania, Brynn Chapman is the daughter of two teachers. Her writing reflects her passions: science, history and love—not necessarily in that order. In real life, the geek gene runs strong in her family, as does the Asperger’s syndrome. Her writing reflects her experience as a pediatric therapist and her interactions with society’s downtrodden. In fiction, she’s a strong believer in underdogs and happily-ever-afters. She also writes non-fiction and lectures on the subjects of autism and sensory integration and is a medical contributor to online journal The Age of Autism.