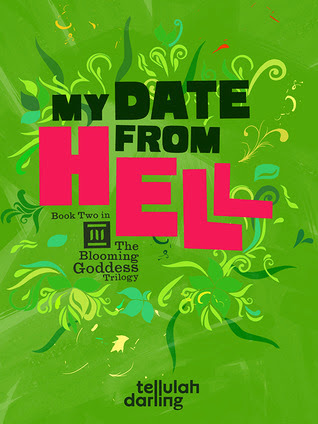 Sophie Bloom’s junior year has been a bit of a train wreck. After the world’s greatest kiss re-awakened Sophie’s true identity as Persephone (Goddess of Spring and Savior of Humanity), she fought her dragon-lady guidance counselor to the death, navigated mean girl Bethany’s bitchy troublemaking, and dealt with the betrayal of her backstabbing ex, Kai (sexy Prince of Darkness). You’d think a girl could catch a break.

With Zeus stepping things up, it’s vital that Sophie retrieve Persephone’s memories and discover the location of the ritual to stop Zeus and Hades. So when Aphrodite strikes a deal that can unlock Sophie’s pre-mortal past, what choice does the teen goddess have but to accept?

The mission: stop media mogul Hermes from turning Bethany into a global mega-celebrity. The catch? Aphrodite partners Sophie and Kai to work together … and treat this suicide mission as a date. Which could work out for Sophie’s plan to force Kai to admit his feelings for her–if she doesn’t kill him first.

Add to that the fact that BFF Theo’s love life and other BFF Hannah’s actual life are in Sophie’s hands, and suddenly being a teenager—even a godlike one—seems a bit like … well, hell. Whatever happened to dinner and a movie?

The YA romantic comedy/Greek mythology fireworks continue to fly in My Date From Hell. Love meets comedy with a whole lot of sass in book two of this teen fantasy romance series. Breaking up is easy; dating is deadly.

Purchase My Ex From Hell on

My Date from Hell picks up where My Ex From Hell left off.Sophie Bloom is held against her will and tortured by Zeus.It seems that both Zeus and Hades are working together in order to prevent Sophie and Kai from getting in the way of their wicked plan which is to over earth.Sophie and Kai's plan is to perform a ritual the night of the spring equinox and save earth and its habitants.The plan seems flawless except for one tiny problem.In order for the ritual to work,Sophie and Kai must be in love.Piece of cake,right?

One of the things I love about this series is that there are many characters that may not be the story's protagonists but they are essential to the story nonetheless.There's Hannah who is smart,beautiful and a cute little scientist.She researches,analyzes and tries to find a scientific answer to almost everything.She's also Sophie's best friend.She's like a sister to her and vice versa.In My Date From Hell,she meets Eros or Cupid as many know him and he's interested in Hannah.It's a completely new territory for her and for the first time she's scared.It's kind of funny and sweet at the same time.

Then,we have Theo or Prometheus.He's Sophie and Hannah's best friend and he's always been loyal to Sophie even when she was Persephone.Let's not forget that that's the reason he lost his powers but he has never regretted it because he kept Persephone/Sophie alive.His story becomes more interested in this book because Festos or Hephaestus who was his love interest appears and helps Sophie to get Persephone's memories back so that she can remember the place where the ritual will take place.

Sophie and Kai's relationship...let's just say that is intense.Sophie doesn't completely trust Kai and it's hard for him to accept that Sophie was Persephone.They still have a long road to go before they create a trust-worthy relationship but the truth is that the process is much better!Their conversations are unique and hilarious!

Sophie's humor is amazingly smart,Kai is still hot,Hannah and Theo have boy trouble or otherwise an incredible sequel to a series that will make you love Greek mythology! 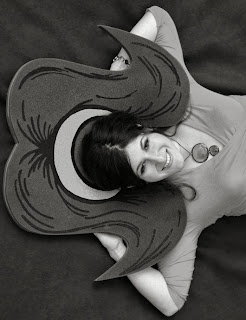