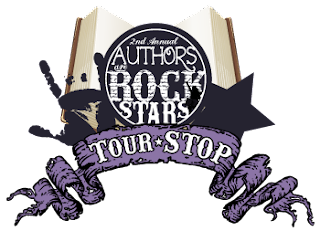 This is my first time participating in the Authors Are Rockstars Annual Tour hosted by Fiktshun, Two Chicks on Books,Magical Urban Fantasy Reads!

I'm very excited to introduce you to my Rockstar Author who is Ann Redisch Stampler.She is the author of several picture books but what made her one my favorite YA writers was her debut YA book,Where It Began.It was a well written story,the plot was amazing and throughout the book I couldn't stop thinking was it really the heroine's fault and who would actually do this to her.I loved the book's twist in the end!Fortunately for us,her career as a YA author is far from over.Her second book Afterparty hits shelves on January 7th 2014 and if you read the book's synopsis,your first reaction will be to add the book to your TBR list.Incredibly talented and down to earth are two of the reasons that make Ann Redisch Stampler a ROCKSTAR and why I admire her as a person and an author! 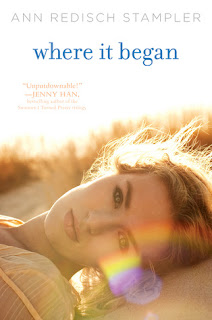 A teen’s world comes crashing down in this compulsively readable YA debut that’s as literary as it is commercial.

Gabby Gardiner wakes up in a hospital bed looking like a cautionary ad for drunk driving—and without a single memory of the accident that landed her there. But what she can recall, in frank and sardonic detail, is the year leading up to the crash.

As Gabby describes her transformation from Invisible Girl to Trendy Girl Who Dates Billy Nash (aka Most Desirable Boy Ever), she is left wondering: Why is Billy suddenly distancing himself from her? What do her classmates know that Gabby does not? Who exactly was in the car that night? And why has Gabby been left to take the fall?

As she peels back the layers of her life, Gabby begins to realize that her climb up the status ladder has been as intoxicating as it has been morally complex...and that nothing about her life is what she has imagined it to be. 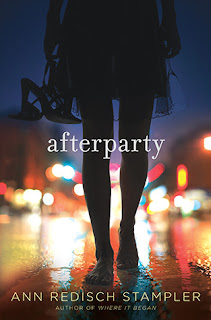 Emma is tired of being good. Always the dutiful daughter to an overprotective father, she is the antithesis of her mother -- whose name her dad won't even say out loud. That's why meeting Siobhan is the best thing that ever happened to her...and the most dangerous. Because Siobhan is fun and alluring and experienced and lives on the edge. In other words, she's everything Emma is not.

And it may be more than Emma can handle.

Because as intoxicating as her secret life may be, when Emma begins to make her own decisions, Siobhan starts to unravel. It's more than just Dylan, the boy who comes between them. Their high-stakes pacts are spinning out of control. Elaborate lies become second nature. Loyalties and boundaries are blurred. And it all comes to a head at the infamous Afterparty, where debauchery rages and an intense, inescapable confrontation ends in a plummet from the rooftop...

This explosive, sexy, and harrowing follow-up to Ann Redisch Stampler's spectacular teen debut, Where It Began, reveals how those who know us best can hurt us most.

Interview with the lovely Ms Stampler

Thank you so much for answering my questions Ann! Can you start by telling us when did you first consider yourself a writer?

You’re very welcome!Thank you so much for hosting me as part of the Teen Authors Are Rock Stars tour.  I’m honored to be included.

In terms of when I considered myself a writer, that’s actually a difficult question.I’ve been writing stories since I was a child, and I always hoped to publish books.The possibility that this might become a reality occurred to me when my first published story appeared in a literary journal.But I didn’t really think of myself as a professional writer until I saw my first book on the shelf of a bookstore.

From starting writing books to becoming a recognized author, it’s a long way. How was it when you first started?

I was very fortunate that my first book, Something For Nothing (Clarion, 2003), the retelling of a folktale I’d learned from my immigrant grandmother, was well-received.I was very grateful as my folktales began to win awards that were meaningful in their niche, so I felt that my work was recognized in a small way quite early in my career.
Moving from writing picture books to writing young adult novels was another story! (Literally and metaphorically…) I entered the genre as a debut novelist with the same issues and challenges as a writer with her very first book!

What inspired you to write your first book?

I love folktales, and I wanted to share the ones I had learned growing up with my children.One day, I attended a writing conference while my mother babysat with my kids.When I got home, she was telling them a version of Something For Nothing. I looked for a picture book with the story, but didn’t find one.I was inspired to preserve the tale’s wonderful humor, using the most beautiful language I could.

Do you have a specific writing style?

When I write novels, I try to use a clear, individual voice and rhythm that support the characterization of the first person narrator.I leave it to the readers of Where It Began and Afterparty to determine if I’ve succeeded.

Your area of expertise is Young Adult and Picture books. Have you ever thought of writing an Adult book? And what genre would that be?

My first published work, apart from journalism during college, was literary short stories geared to an adult readership.  I’m drawn to realistic, contemporary novels, and were I to write an adult novel, I suspect that would be the genre.But I do love writing Young Adult novels, and I don’t think I’ll be turning to a different genre any time soon!

What do you like most about writing for this age group?

I love the passion for literature of YA readers, their strong feelings about books.I’d read YA novels for some time before I wrote Where It Began, but I wasn’t aware of the existence and vitality of the YA reading community until shortly before the book was published.  And it’s amazing!

You’ve written a number of books so you should be accustomed to seeing your books in bookstores. How do you feel every time a book of yours is out for sale?

It’s exciting and also a bit scary.My life after publishing my first novel is mostly the same as my life before.  Which is to say, I sit in my house and write and revise all the time.But there’s a real difference between writing a book and trying to perfect it for its own sake, and writing books that are read by thousands of complete strangers.There are things I feel strongly about communicating to others, particularly to teen readers, and seeing my books on the shelves of bookstores reminds me of what a privilege that is, and of the responsibility.

What was one of the most surprising things you learned in creating your books?

Many of my characters have little pieces of me in them somewhere.I’m not always aware of this as I write, but as I read what I’ve written, sometimes I’ll stop short as I realize something new about that aspect of the character and, by extension, about myself.

Do you write more by logic or intuition, or some combination of the two?

Intuition, definitely. I wrote Where It Began without an outline; I just sat there with a strong sense of the narrator, Gabby Gardiner, and knowing how the story started and ended.I had a pilot pen and a stack of spiral notebooks and I wrote whatever scene occurred to me, in no particular order, until I had hundreds of hand-written pages of scenes – not even whole chapters.
So for me, moving from the very intuitive first draft, when I’ve just been writing from the perspective of the book’s protagonist in what feels like a completely disorganized way, to the second draft -- for which I have to pay attention to story arc, and whether the characters develop organically, and pacing, and whether everything makes sense -- is the most challenging aspect of writing a novel for me.  So once I have the material for the first draft – much of which does not appear in the final novel – logic plays a much more significant role.

Can you share a little of your current work with us?

My next novel, Afterparty (Simon Pulse, 2014), will be released on January seventh. Like Where It Began, it’s a contemporary story set in the hills above Los Angeles.Afterparty is the story of Emma, a girl who feels oppressed by her strict, over-protective father, and finally decides that she’s tired of being good.  Siobhan – who had been everywhere and done everything – is only too happy to help her.  The plan is for Emma to have all kinds of forbidden experiences to get her ready for an infamous afterparty, an over-the-top, bacchanalian event that happens each spring following a dance at the girls’ exclusive prep school.  But the lies Emma tells to facilitate her secret life, the pacts and promises between her and Siobhan, and her feelings for the boy who comes between them, all spin out of control.And the afterparty itself invites the disaster that opens the book.

Do you have anything specific that you want to say to your readers?

Not to suggest that Where It Began is a story that serves a message, but to the extent that it has a message, that would be to listen to you own inner voice; to tune out all the noise and pressures of other people telling you who you are, and who you should be, and what you should be doing with your life, and be true to yourself; not to give up pieces of yourself for acceptance, or for a boyfriend, or for popularity; and if you find yourself in a relationship for which you have to pretend that you’re different than who you really are or that makes you feel bad about yourself, honor yourself and walk away.

Thank you again for your time! You are a ROCKSTAR! :) 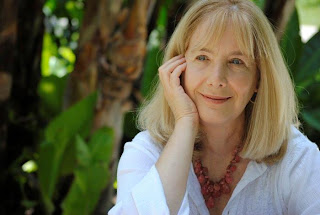 WHERE IT BEGAN marks the YA debut of Ann Redisch Stampler. She is the author of several picture books, including THE ROOSTER PRINCE OF BRESLOV. Her books have been an Aesop Accolade winner, Sydney Taylor notable books, a National Jewish Book Awards finalist and winner, and Bank Street Best Books of the Year. Ann has two adult children and lives in Los Angeles, California with her husband. 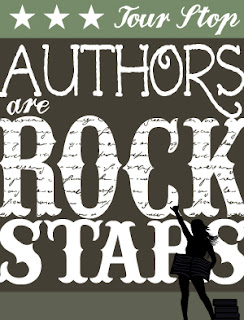