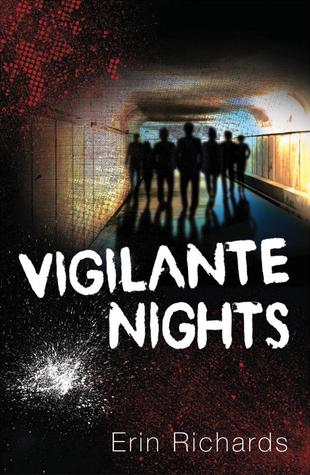 
A "good boy" will do anything for vengeance when a gang rite kills his twin sister. Will Lucas win, or follow his sister Silver into the darkness?

After a hideous car wreck, Lucas wakes from a coma to find that his world is gutted. Not only is his beloved twin sister, Silver, gone forever, but Lucas is broken in body and spirit. He will never be a college athlete, and is robbed of what he now realizes was the most important bond of his life. Although they weren't identical twins, Lucas and Silver shared a bond so fierce it defied reason, and was nearly supernatural.

After her death, that bond seems to endure when Lucas sees Silver everywhere he turns. Either he's crazy, or Silver is trying to tell him something about the California gang initiation they stumbled into that cost Silver her life. Lucas is bent on revenge, turning on Raymond, Silver's former boyfriend; the one Lucas never wanted her to date. He forms a posse of vigilantes to take out the gangsters responsible for Silver's death, but he risks not only his own life, but the love of the new girl on his block, who knows more about Lucas and Silver than can be accounted for by mere chance.

Silver’s babbling continued at racecar speed. Seriously, I didn’t want to hear about the new target of my sister’s lust. The fallout of her last crush with one of my friends still jacked me up. Memories surged and my gut pinched. Ex-friend now.

A blissful moment of silence descended. I peeked at my twin in the passenger seat. Brow puckered, she sucked on the straw to her daily iced mocha. My gaze slid past the speedometer clocking me at ten over in a fifty-five zone.

“Something feels weird tonight, Lucas.” Her tone turned somber. “Maybe you ought to slow down.”

“Meaning?” I felt her apprehension, a feeling I’d grown used to over the last week since she’d kicked Raymond—our collective ex—to the curb.


She shrugged. “Just a weird vibe I’ve had since we left the mall.”

Silver looked out the passenger window. She didn’t have to hide the tears I felt from her in our weirdo twin bond. Hoping to lighten the mood, I gunned the car on a clear stretch of the frontage road. Despite her heebie-jeebies, I knew she loved the speed as much as I did.

Night had sneaked up on us as we left Monterey behind. We zoomed past the dimly lit Welcome to Sea Haven, California sign. Population 28,342, give or take ten million in an influx of farm workers from the inland counties, yearly tourists, and summer resort peeps.

The thumping drone of the Red Renegade’s new headers oozed ’68 perfection. Or as sweet as the Camaro SS should’ve sounded back in 1968. “Camaro sounds badass, you think?”

“I guess.” Silver sighed, knocking her cup on her thigh. “Do you think I did the right thing?”

“Dumping Raymond?” Incredulous, I glanced at her. “Hell, yes.”

“He’s still your friend. He keeps calling me.”

“We’re football teammates. Nothing more. I’ll make sure he stays away from you.” I tweaked her hair. “You know he’s gunning for my spot.”

“You’re the best quarterback the school’s ever had. Coach would never,” Silver said thoughtfully, jingling her silver bangle bracelets.

Good enough to get three scholarships to killer schools. “I am perfect, aren’t I?” I teased, wanting to slide her mind off douche bag Raymond. He’d never know how much I hated him for the way he treated my twin. If I didn’t continue to keep the peace, he’d get all vindictive on her, like he did with other girls who quit taking his crap. I’d bite my tongue into pieces before I let on how much I knew about him . . . pressuring her . . . before she was ready. A slow burn spiraled up my chest. Screw him.

Dropping my speed, I felt for the glassy shift of the four-speed transmission. I’d spent junior year restoring the Camaro, using all the money from my weekend gopher job for my mom at the resort. I finished the last engine mods in time for summer break in two weeks. I was raring to open up the Red Renegade on the public track.

“I’m still ticked about my cell,” Silver said, her long blonde hair streaming out the open window, her mind already switching gears as usual. “Karma’s like a boomerang.” She swished her drink. “It always comes back ’round.”

I snorted. “In your case, it always bites you in the butt, and I gotta wipe up the mess.”

“Not always, Lucas.” I deflected her playful backhanded slap. “You owed me a trip to the mall. Besides, I didn’t lose my cell. Someone stole it out of my purse.” She danced her fingers on her silver bangles into a tinkling vibration. “I needed a new phone anyway. Screen was shot.” A giggle slipped out. “Karma’s a bitch.”

As we neared the speed trap on County Coast Road, I eased up on the gas. The small-block engine thumped and growled, the exhaust burbling defiantly. Few cars zipped past, driving south toward Monterey. Cops wouldn’t clock me going more than seven over north of the Sea Haven sign. This stretch of the frontage road had already earned me a speed warning. Lucky for me, I weaseled my way out of a ticket by promising to install a Borla exhaust on the sheriff’s Corvette. Killer small town bribery.

Silver traded my quick grin with her evil squint. Her evil squint was one of her poker “tells.” That particular tell meant the hard drive was spinning in her head. Which led me to believe she knew who nicked her cell. Man, I felt sorry for the poor sucker.

She slurped down the dregs of her mocha and tossed the empty cup in the pristine backseat, missing the trash bag by a mile. “Oops.”

“Silver! My car’s not a trash bin.” I knocked my fist on the gearshift, glowered for half a tick. We approached the STOP sign at the Ocean Avenue intersection. I downshifted and rolled to a full stop. The streetlight across the intersection bathed the red car in amber fire and ghosted the stickweeds along the side of the road. Light glinted off a small spot in the ditch to our right.

“Jeez, go find your happy place, will ya? I’ll get it when we . . .” Silver cranked up her window so fast I thought she’d just discovered that sea air killed genius brain cells. She mashed her elbow on the door lock. “Someone’s hunched over in the ditch.” The seat harness squeaked as she squeezed closer to the center console. “Oh. My. God. A body’s lying down there, too.” 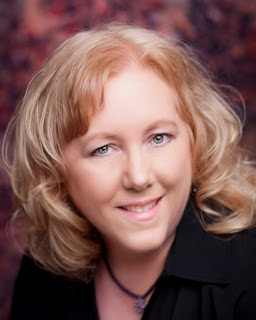 After bemoaning the lack of young adult books to read, Erin wrote her first novel at the age of eighteen hoping to shift the tide. Then everyday life took its toll on her writerly dreams until 2003 when she couldn’t ignore the writing bug any longer. By then, she had immersed herself in reading adult fantasy and romance novels. Writing paranormal & fantasy romance was a no brainer. Erin has published two adult romance novels: CHASING SHADOWS, a paranormal romantic suspense (EPPIE award finalist and Night Owl Romance 5-Star Top Pick) and WICKED PARADISE, a fantasy romance, released in August 2012. Erin will finally realize her lifelong dream of publishing a young adult novel when VIGILANTE NIGHTS debuts in July 2013.Erin Richards lives in Northern California. In her spare time, she enjoys reading, photography, and American muscle cars.

Pre-Order your copy of Vigilante Nights before its official hardcover release date of July 18, 2013 and get an exclusive gift! Details at: http://www.erinrichards.com