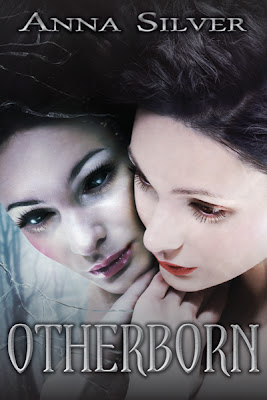 and her teenage friends live in a reprocessed world.
Confined within concrete walls, has done the impossible and the illegal. She’s created something New- a song. But her mentor, club owner Pauly, is not impressed. Since the historic Energy Crisis forced everyone behind walls generations ago, the Tycoons have ensured there is truly nothing new allowed under the sun. Pauly warns to keep her song to herself, if she knows what's good for her.
What he doesn't know is that is keeping an even bigger secret: she dreams. And she's not alone. band-mates and friends have begun dreaming as well, seeing themselves in “night pictures” as beings from another world. As Otherborn, they must piece together the story of their astral avatars, the Others, in order to save their world from a dreamless, hopeless future.
When Pauly is murdered and an Otherborn goes missing, realizes someone is hunting them down. Escaping along the Outroads, they brave the deserted Houselands with only their dreams to guide them. Can they find their friend before the assassin finds them? Will being Otherborn save their lives, or destroy them?

This well-written book, called Otherborn, is a dystopian story that will rock your world! A fascinating plot, great characters and a love story is all it takes to love Otherborn. But let’s start from the beginning.

The main characters are London, a girl who smokes, has no father and a mother with a drinking problem, sings, plays the guitar and writes songs, a thing so beautiful and creative that makes her dangerous.
Rye is London's best-friend, her supporter, her biggest fan and the love of his life. Sounds pretty serious, but it is. They'd been through a lot before they shared their first kiss.
Zen is the adventurous one. Why? Because when Avery, his friend and the girl he loves, disappears, he's the first to go look for her. But he won't be alone, because the rest of the gang, including shy Kim, will go with him. Although, that's not the whole band. There was one last member, Degan, who was murdered in the beginning of the story.

“He swallowed back the things he wanted to tell her: how much he'd missed her, how scared he had been, that he thought he'd lost her for good, that he loved her..”


Apart from Avery, the other two things that brought them together is music, they have formed a band called Otherborn, of course, and the ability to dream. That's right. Dream.  Something that is second nature to us, is so new to them.

In their dreams, they see their Otherborn. London's Otherborn is Si’dah, Rye’s is Roanyk, Kim’s is Atel, Zen’s is Geode, Degan’s is Hantu and then there's Avery who is missing. This is where it gets tricky, so let me explain. Si’dah, Roanyk, Atel, Geode, Avery and Hantu lived in their own world but they decided to sacrifice their lives, so that they could help their Other, London, Rye, Zen, Kim, Degan and Avery to improve their world. To start fresh after the Energy Crisis that downgraded their world. That's why they visit them in their dreams.

That's also what makes them unique and dangerous to the Tycoons, the people who took over after the Energy Crisis. And so they leave Capital City behind in order to find Avery. During their journey they meet Outroaders, former Capital City citizens and along them they get to know Tora, a young girl who is a Seer, meaning that she has the Sight, the ability to see things before they actually happen. Did they randomly meet or is she supposed to help them? And what about the murderer who is after them? Is Avery alive or has the murdered killed her? And in all this, there is a traitor as well. Who could it be? Find out by reading Otherborn by Anna Silver. 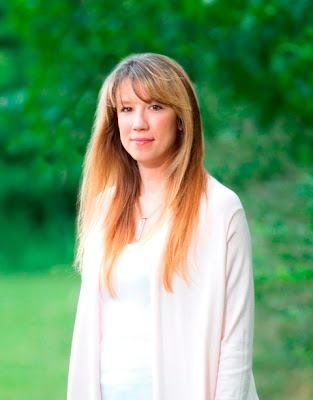 Anna Silver grew up with a passion for words, books, and storytelling. She began writing as a child and eventually landed at St. Edward’s University in where she studied English Writing & Rhetoric. She has always nurtured a vivid imagination and a love for art, expression, and fantasy. Currently she resides in the greater area with her family and pets where she continues to read, write, and dream. Otherborn is her first published novel.

First of all, welcome to Living in a Bookworld! This is my first blog tour!

Thanks for having me! It is my first blog tour also, so you are in good company.

Otherborn…a pretty interesting word, if you ask me. How did you come up with this amazing story?

First of all, thanks for calling it amazing! I love doing dream research and I wanted to write a novel where dreaming had some supernatural central role. It made sense to me to contrast that vivid capacity against a bleak world. So, I decided to write a dystopian setting, where my characters’ dream abilities would really stand out.

Tell us a few things about , , Zen and the rest of the gang.

Well, is pretty rough around the edges. I have a lot of feedback from readers who aren’t really sure how they feel about her yet. Some of them really like her tough demeanor and others find her a little hard to relate to. But her saving grace is that she’s so loyal and has such a big heart underneath. And her Otherborn, Si’dah, is quite the opposite of . She’s wise and approachable.

is ’s long-time best friend and her romantic interest. He’s very analytical. He likes to puzzle things out. And though he wavers some in the novel, he’s really quite devoted to .

Zen is the gentle giant of the group. He’s big and rugged on the outside, but a real softie on the inside. He’s into poetry and is madly in love with Avery. He plays a much bigger role in book two.

Avery, unlike Zen, is quite the waif. She’s described as fragile in the book. All the other characters have suffered quite a bit in this world, but Avery's family is affluent and her life has been fairly spoiled compared to theirs.

And finally, there's Kim. He's kind of my comic relief through a lot of the story. He has a goofy side, and always ribbing him for something he did or said. Kim is the only full blood in the gang— he's Korean. But being racially pure in this world is not all it’s cracked up to be and he’s pretty tired of trying to live up to his parent’s standards.

Otherborn is your debut novel. Tell us, how was it to write a novel and have it published?

It was fantastic! OTHERBORN is my first published novel, but it's the third novel I’ve written. So, I’m no stranger to the process. I love writing novels as it turns out, and I've thoroughly enjoyed writing every single one. That said, the journey to getting published is, for most, an uphill climb— steep— in bad shoes with no gear. It’s tough to face all that rejection after putting so much time and heart into your work. Authors end up being a tenacious, persistent bunch. The ones who refuse to give up. I’m very happy to call myself part of that pack now.

I wrote OTHERBORN over the course of several months. Let's say, probably four to six months. There are a lot of breaks in there. I don't write on weekends when my family is home, because I need absolute quiet. And I can only write in the mornings and afternoons before school lets out. And every holiday is pretty much a no go, though I've managed to work during the summer months while my kids sleep. So, if you condensed the hours down, it would be much shorter. But I have a certain pace that works for me.

Was there a moment that you said, "I give up"?
Lots! I always hear people say, Never give up! Follow your dreams! And frankly, I just think that's unrealistic a lot of the time. I've given up plenty. I've put my writing down over and over during the years, but I always come back to it. It's something I could never seem to fully relinquish. In the last few years, I got real serious about it. And very consistent. I was dedicated to hanging in there until I got that first book deal. And I'm dedicated now to keeping it going. But, if I hadn't broken through when I did, I probably would have had to quit again for a while. I have a family to think about. And too much rejection can get discouraging. Sometimes you need a break to rediscover your passion and recuperate. Then, you decide to get back on that horse.

What are you currently reading?

Believe it or not, I am actually reading OTHERBORN right now! And it's such a fun experience to sit and read my work just like a reader would. Before that, I was reading Gone With The Wind, because I never have. Before that, I reread The Handmaid’s Tale. My last YA read was Wake. And pretty soon, I'll start on Fraction of Stone, a YA I'm reviewing for another author with my publisher.

When can we expect the sequel?

Probably in a year. I've written it and will go through and edit it over the next week. Then send it out to beta readers, get their feedback, and clean it up some more. Then it will go to my publisher and from there it takes close to a year. I'm hoping to do all this at lightning speed!

I have another manuscript that I've been working on with my new agents, titled The Orders, and we are very close to submitting it to publishers now. So, I'm super excited about that. And of course, getting OTHERBORN’s sequel out there. And, in the meanwhile, I've started a totally new YA novel I'm calling Frequency, which I hope to finish over the next couple months. I'm about ten chapters in and really loving it!

"Travel to a world where dreaming is a radical act that can save the world… Anna Silver’s post-apocalyptic vision is rich with imagery and metaphysical ideas, grounded by vivid, three-dimensional characters. A truly fresh take on dystopian." –Nina Berry, author of the OTHERKIN series

“Silver built the right amount of conflict and tension to draw readers into her dystopian world, and created characters who are leery, yet determined to embrace New.” –Natasha Hanova, author of Edge of Truth
Αναρτήθηκε από Anastasia Gkaitatzi στις 16:47